An Historical Sketch of the City of Brooklyn 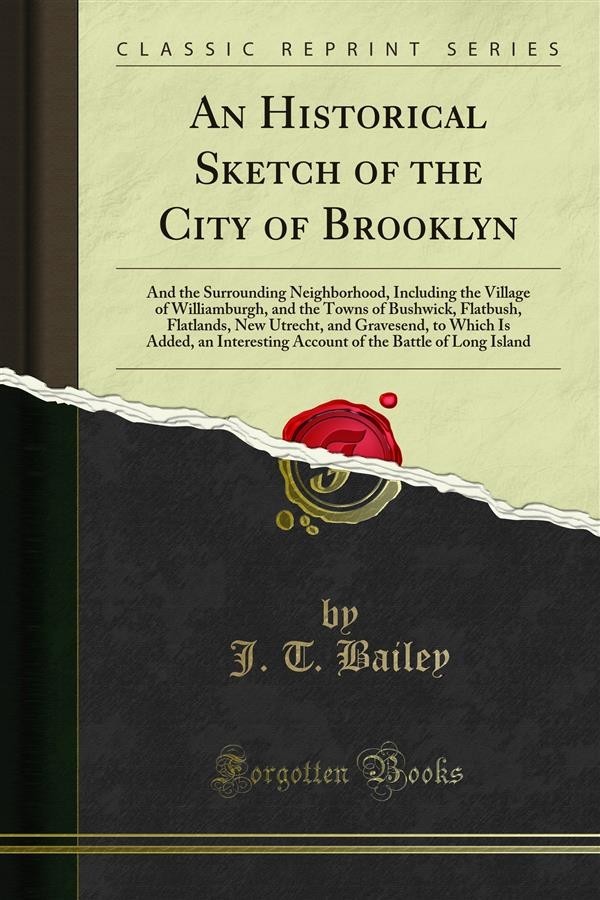 An Historical Sketch of the City of Brooklyn

The city OF brooklyn is situated at the south-western extremity of Long Island, in Kings county, on the East River, nearly opposite the lower part of the city of New York, with which place it has a constant and regular communication by four ferries, which have steamboats plying at all hours during the day, and some of them du ring the night, these boats are kept in good order, are very commodious, and well adapted for the conveyance, not only of foot passengers, but horses and carriages of all descriptions. The facility of communication between the two cities, has tended no doubt to the increase and prosperity Of Brooklyn, for many merchants, and other citizens, who carry on business in New York, have their private residences in Brooklyn, preferring it, not only on account Of the beauty and salubrity of the situation, but also for the excellence of the water, in which respect it greatly surpasses New York.