History of the Town of Hingham, Massachusetts 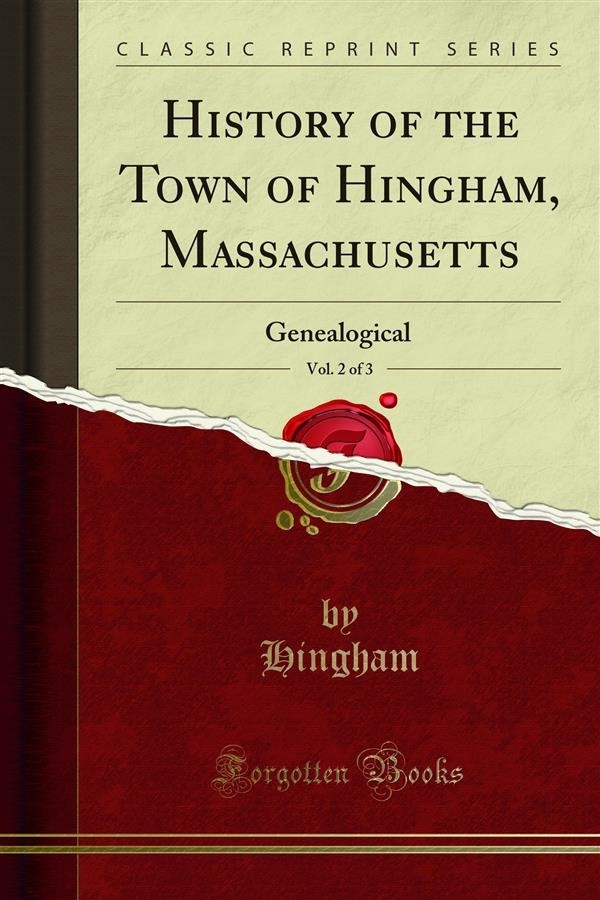 History of the Town of Hingham, Massachusetts

This Genealogy of the Families of Hinghan has been compiled in accordance with a vote of the committee appointed by the town to prepare and publish its history. It commences with the settlement of the town in 1635, and ends September 1, 1889.<br><br>Owing to the extent of the work, which has greatly exceeded the early estimates made for this portion of the history, it has been found necessary to curtail much of the material at hand relating to the heads of families; and also to make free use of abbreviations. For the same reason the compiler was instructed to limit the records of families to those persons who are, or have been, residents of the town ; but where part of a family of children were born here, and others of the same family were born elsewhere, the whole have been given when the names could be ascertained, rather than to break the connection.<br><br>That there may be errors of omission and errors of date, as well as in the spelling of names (especially Christian names) in some portions of the work, which the genealogist of each family will notice, and perhaps criticise, is not improbable.