Notes on the Shuswap People of British Columbia 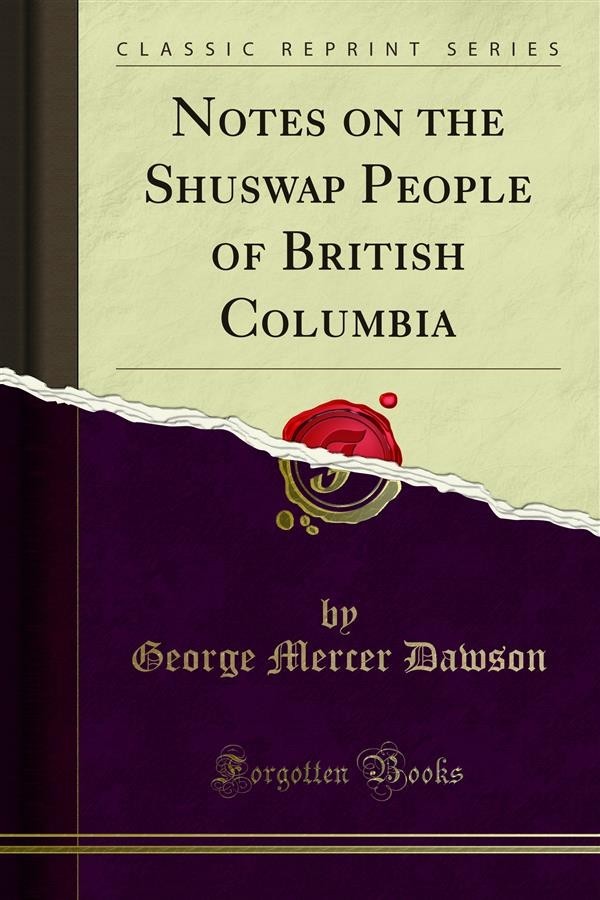 Notes on the Shuswap People of British Columbia

I find, as the result Of special enquiry On the subject, that all the Shuswaps formerly had hereditary hunting grounds, each' family having its own peculiar hunting place or places. This custom is still preserved among the Indians Of the Nicola region, and formerly Obtained among the Kamloops people also, though it is there now practically obsolete. An Indian who invites another to go hunting with him, gives to his friend the first deer, if several are killed. If but one is killed it is divided, but the Skin' belongs to the friend in any case. If a man is hunting beyond the border of the recognized territory of his people, and one of the men holding claims to the region upon which he has thus tres passed hears him Shoot, the owner of the locality heads for the place, and on arriving there expects to be feasted on the game Obtained by the hunter. Various more or less Obvious devices are resorted to for the purpose Of conveying information by signs. A rag Of clothing, particularly a small piece or pieces of coloured or other easily recognizable material from a woman's dress, left in a forked twig, indicates that a person Or party of persons has passed. If the stick stands upright, it means that the hour was noon, if inclined it may either point to the direction Of the sun at the time or Show the direction in which the person or party went. If it is desired to show both, a larger stick points to the position Of the sun, a smaller to that of the route followed. If those for whose information the signs are left are likely to arrive after an interval Of sev eral days, a handful Of fresh grass or a leafy branch may be left, from the condition of which an estimate of the time which has elapsed can be formed. Such signs are usually placed near the site of the camp-fire. Simple devices of this kind are, of course, by no means peculiar to the Shuswaps. I am unable to confirm Dr. Boas' statements respecting the use Of a Sign language.