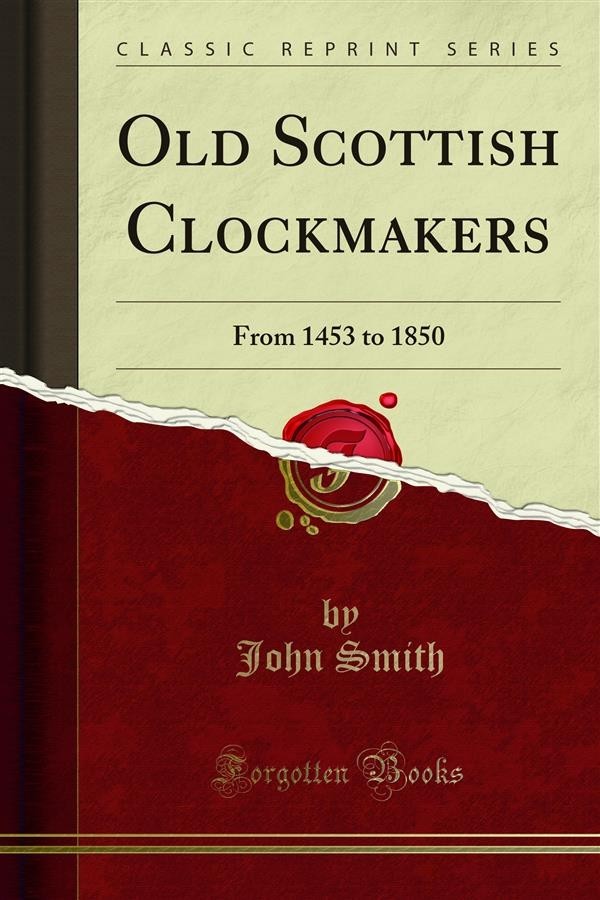 A careful search into likely sources has unearthed a mass of information which is surprising. The printed and documentary notes quoted are in a large number of instances almost the words of the men themselves, and we thereby get a peep into the thoughts and trade customs of the period in which they lived. In addition, several cognate matters, such as parentage, marriage, and other personal details about some of the craftsmen have been inserted, making this issue practically a new and fresh contribution to our knowledge of the rise and progress of one of the most important arts in Scotland. The present volume does not claim to give the name and date of every clock and watchmaker working in Scotland during the period reviewed. In a field of such an unknown and wide range, allowance must be made for omissions and errors. Our aim, primarily, was to rescue and preserve the memory of men who in their day and generation made themselves equal in capabilities to their English contemporaries who lived and worked in more favourable surroundings.<br><br>My sincere thanks are due to a number of noblemen and gentlemen who freely granted permission to view and reproduce some of the clocks, etc., in their possession.<br><br>A selection of north of England, Irish, and Isle of Man clock and watch makers is given in the appendix. These are culled from a variety of sources for the purpose of increasing the scope of this work.