Report of the Iowa Commission 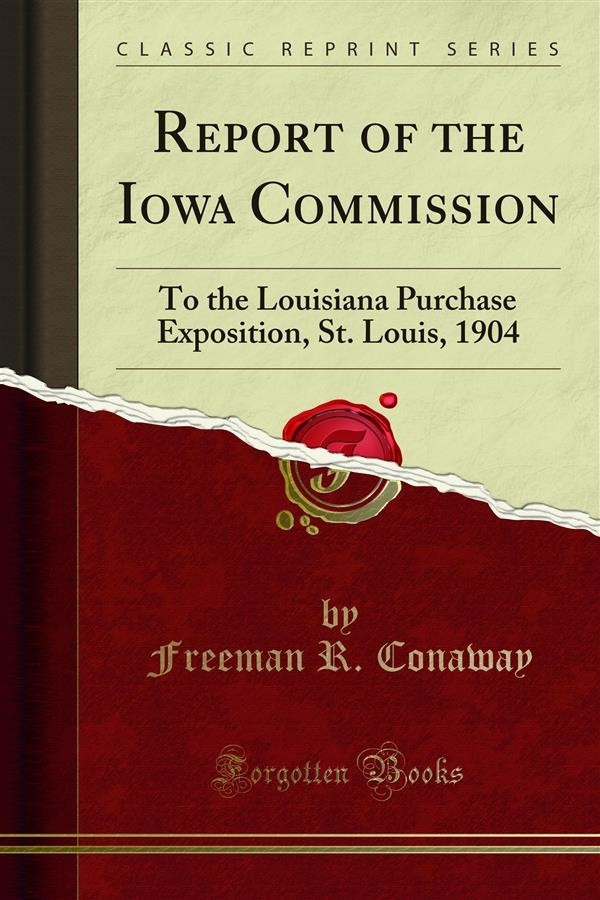 Report of the Iowa Commission

William Larrabee was born January 20, 1832, in Ledyard, Conn. He was a son of Capt. Adam Larrabee, a distinguished soldier of the War of 1812 and a graduate of West Point. Both grandfathers were heroes of the Revolutionary War. Captain Larrabee was a member of the Connecticut legislature, state Railroad Commissioner, and a presidential elector for William Henry Harrison.<br><br>William Larrabee came to Clermont, Iowa, in 1853. He had received a common school education and had taught school in Connecticut, following this avocation for a time at Hardin, Allamakee County. He became foreman of the large farm of Judge Williams in Clayton County. In 1856 he commenced the manufacture of flour and later of brick and tile. Subsequently he added banking to the varied industries occupying his attention. In 1861, when the war broke out, he assisted in the organization of a company, and was appointed lieutenant, but owing to the injury to his eye was not accepted into service. He has erected monuments to perpetuate the memory of the nations heroes, the one he has taken the greatest pride in being the Lincoln monument at Clermont, which gives representation to the first Clermont company and the figure of Thomas Henderson, a brother of Col. David B. Henderson, the first Clermont soldier to be killed in battle.<br><br>Mr. Larrabee was married September 12, 1861, to Miss Ann M. Appelman of Clermont, who was born August 13, 1842, at Ledyard, Conn. She was a daughter of Capt. Gustavus A. Appelman, formerly of Connecticut. Their family consists of Charles and Frederick, of Fort Dodge; William, Jr., and Miss Anna, Clermont; Mrs, Julia Love, Lincoln, Neb., and Mrs. Helen Robbins, Cedar Rapids. Their daughter, Augusta, wife of Mr. Victor Dolliver, died March 14, 1897.<br><br>Mr. Larrabee was elected to the state senate in 1867 and occupied the position continuously for eighteen years, and almost the entire time as chairman of the Ways and Means Committee. He resigned when nominated for Governor. He was elected Governor in 1885 and re-elected in 1887. In 1898 he was appointed chairman of the Board of Control of State Institutions, and after the new system was well established on a business basis he resigned in February, 1900. He was appointed Commissioner at Large of the Iowa Commission to the Louisiana Purchase Exposition and elected president. "The Railroad Question," of which he is the author, is widely known throughout the United States.