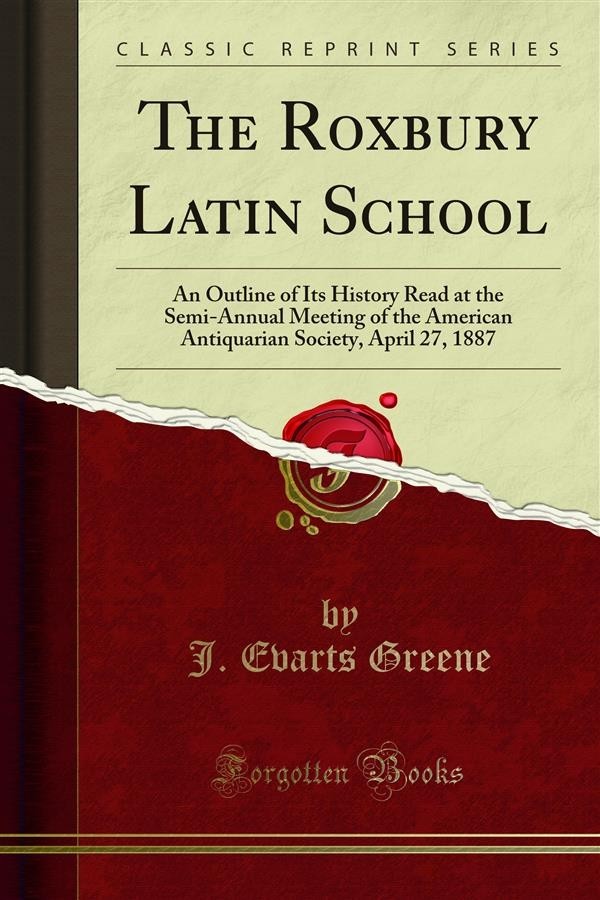 It was founded in 1645, only fifteen years after the settlement at Boston and thirteen years after the establishment of the church in Roxbury. I have examined the leather-covered parchment book in which the original agreement, by which it was founded, was written and subscribed by fifty-two "Inhabitantes of Roxburie," and in which the scanty records of the school from its origin until 1787 were kept. It is folded across the middle as a pamphlet is sometimes folded for mailing and tied together with a leathern thong. Among the signatures to the earliest agreement are those of Dudley, Gookins, Eliot, Weld, Gore and many others familiar to the student of Massachusetts history.<br><br>But this school, besides taking the third rank in age among the existing schools of this country, is still more remarkable in another respect, namely, that it is, I believe, the only school which, having never received from the State or town any endowment, grant or subsidy, or anything from the proceeds of taxation, except a small annual payment for a few years from the town in consideration of an enlargement of its course of study, is yet and has been, almost from its origin, as free to all the inhabitants of the town or in later days of the territory within the original town limits, as the public town or city schools. There may be other schools of comparatively recent foundation of which the same is true, but I do not know of any.