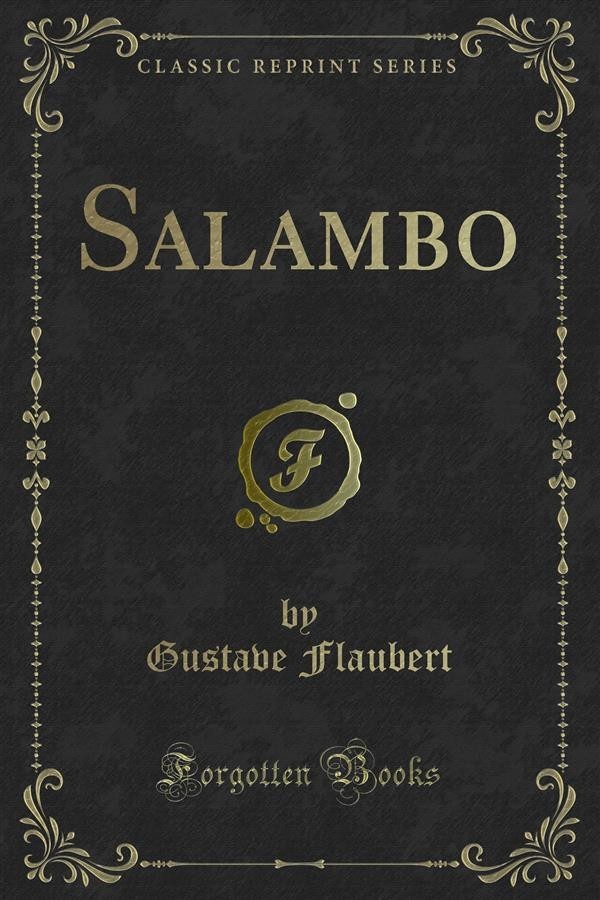 To those who like to impose upon life and the achievements of the human spirit the arbitrary pattern of a private logic, it must always seem strange that Madame Bovary should have preceded Salambo in the chronology of Flaubert's authorship. Surely, in the name of neatness, of psychology, their relative positions should have been reversed? Emma tried to escape from reality into romance and was brought to destruction. It would have been satisfying to know that Flaubert, profiting by his heroines example, had turned from the romantic to the actual, from Carthage to Normandy. But this is not what happened. Madame Bovary was published in 1857, Salambo in 1862. As the result of an enforced and prolonged intercourse with the spiritual squalor of the provincial middle-class (and a hatred of the middle-class of France was always a strong determining factor in his development as an artist) Flaubert turned to seek relief in the distant, the fantastic, the romantic. But unlike Emma's, his weakness for romance("Madame Bovary, c'est moi") was balanced by a passion for truth, by a craving for the accurately actual. For her, romance meant a smoothing away of sharp edges, a blurring of clear vision. Its charm, for him, lay in distance and difference. By saturating himself in the atmosphere of Carthage between the first and second Punic Wars, he could forget the French of Louis Philippe and Napoleon III, but he would have nothing to do with sentimental glosses. Distance, so far as he was concerned, lent not enchantment but remoteness to the view, and he set himself the task of giving to his imagined scene the highest degree of actuality with which research could furnish him.