The Social Organization of Australian Tribes 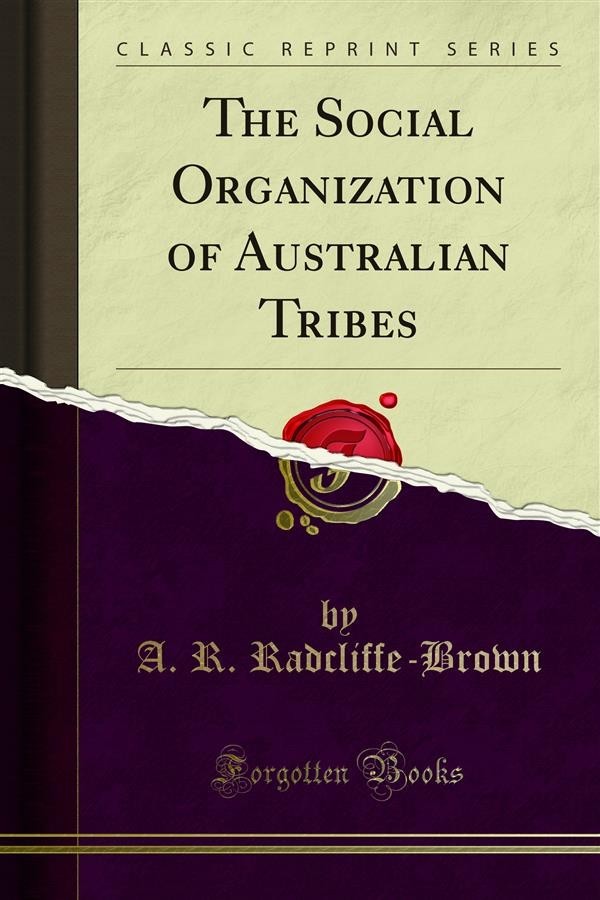 The Social Organization of Australian Tribes

Since Fison and Howitt published in 1880 their Kamilaroi and Kurnai, the social organization of the aboriginal tribes of Australia has received a great deal of attention from anthropologists, and the literature on the subject is now very extensive. That literature has given currency to a number of misconceptions. The present paper is an attempt to indicate as concisely as possible what that organization really is, and to give a summary of the existing knowledge about it. It is intended to serve as an introduction to new researches which are now in progress, and the results of which will be published in due course.<br><br>There are many different forms of social organization in Australia, but it will appear, I think, that they can all be regarded as different varieties of a single general type. The easiest way to give a descriptive account is therefore to describe the general type first and then go on to describe, and as far as possible classify, the different varieties. That is the procedure that will be followed here.<br><br>The basic elements of social structure in Australia are (1) the family, i.e., the group formed by a man and his wife and their children, and (2) the horde, a small group owning and occupying a definite territory or hunting ground. Together with these there is, of course, a grouping for social purposes on the basis of sex and age. It is on the basis of the family and the horde that the somewhat complex kinship organizations of Australia are built.<br><br>It is not easy to give a precise and accurate account of the local organization of Australia.