When Southampton and Southold on Long Island, Were Settled 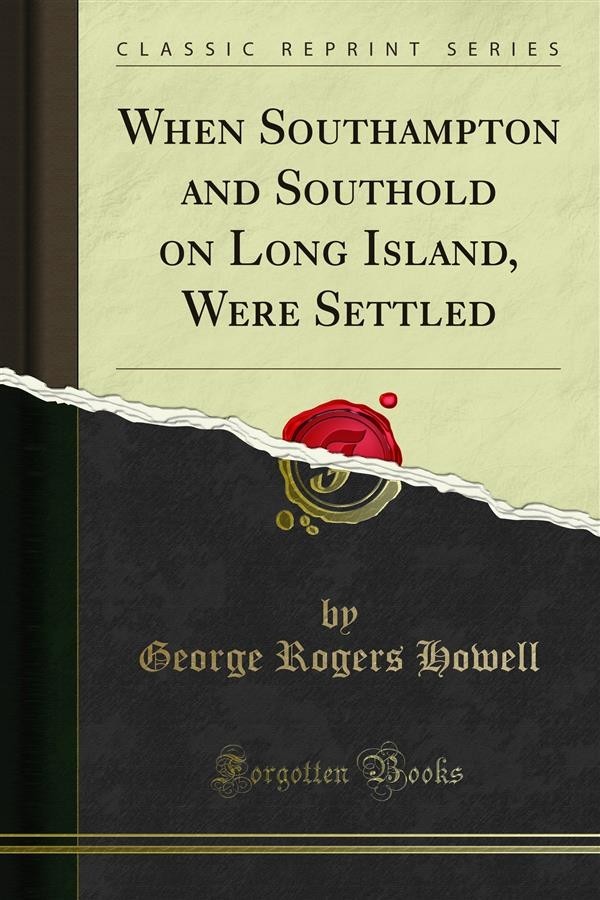 When Southampton and Southold on Long Island, Were Settled

The Rev. Dr. Epher Whitaker, in issuing his late history of Southold, has made a praiseworthy contribution to our knowledge of Long Island. Among the natives of this gem of the sea who have found homes elsewhere throughout our broad land, this work of his finds readers as interested as any that still remain in the old birthplace. We, too, are interested in the chronicle of the struggles of these island Puritans to plant anew such homes in this country as should remind them of the ones they had left in England. And although the writer may not look among these worthy pioneers of Southold for his ancestors, still, as this town was almost cotemporaneous in its settlement with his native place, the adjoining town of Southampton, from no one has Dr. Whitaker's book received a warmer welcome than from him. And this in spite of the omission of genealogies of the early settlers, which we hoped would be found there, and in spite also o- the fact that the good Doctor still maintains his opinion of the priority of the settlement of the town as compared with that of Southampton, formerly combated by the writer, and now to be assailed once more by the concurrent testimony of every historian who has treated of this subject, with one exception.