The Parasites of Man, and the Diseases Which Proceed From Them 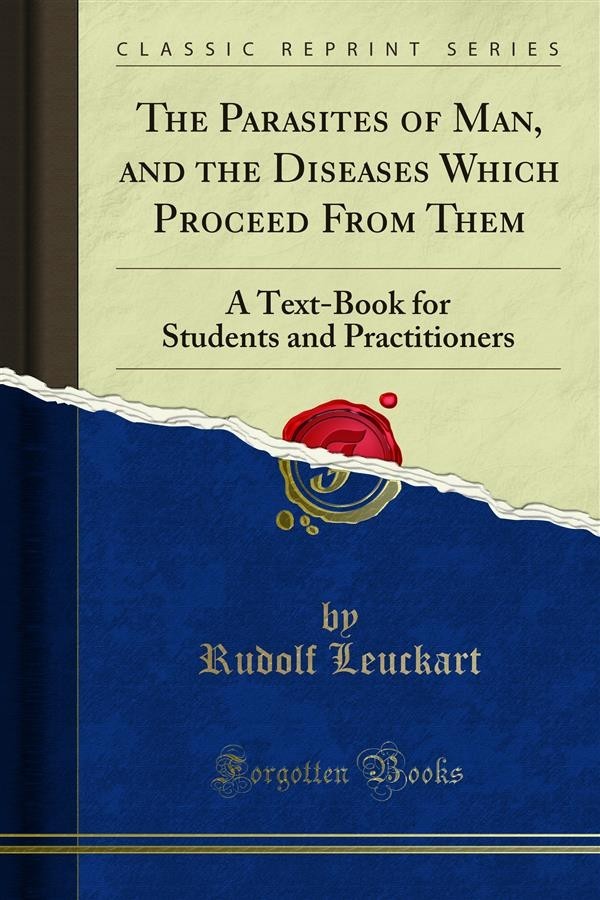 The Parasites of Man, and the Diseases Which Proceed From Them

When my permission was asked to publish a Translation of my Work upon Parasites, which was just then appearing in a Second German Edition, I was the more ready to grant the request, since the branch of Science of which it treats is one which has been cultivated more especially upon German soil and by German investigators, but has by no means found in other countries such wide-spread attention as its great scientific and practical importance render desirable. It is true that English Literature possesses in the Translation of Küchenmeister's Work on Human Parasites, and in the Treatises of Cobbold (Entozoa and Parasites of Man), writings which cover the same ground as my own; but Küchenmeister's work is entirely out of date, while Cobbold aims at giving a general sketch rather than a complete delineation of the group.<br><br>This, however, is the aim which I have kept in view in the compilation of my book.<br><br>I have endeavoured to serve the interests both of the Physician and the Hygienist, as well as of the Zoologist - the interests of practice and of theory, which are by no means so diverse as at first sight might appear.<br><br>The relations which obtain between Parasites and their hosts are in all respects conditioned by their natural history; and without a detailed knowledge of the organization, the development, and the mode of life of the different species, it is impossible to determine the nature and extent of the Pathological conditions to which they give rise, and to find means of protection against these unwelcome guests.