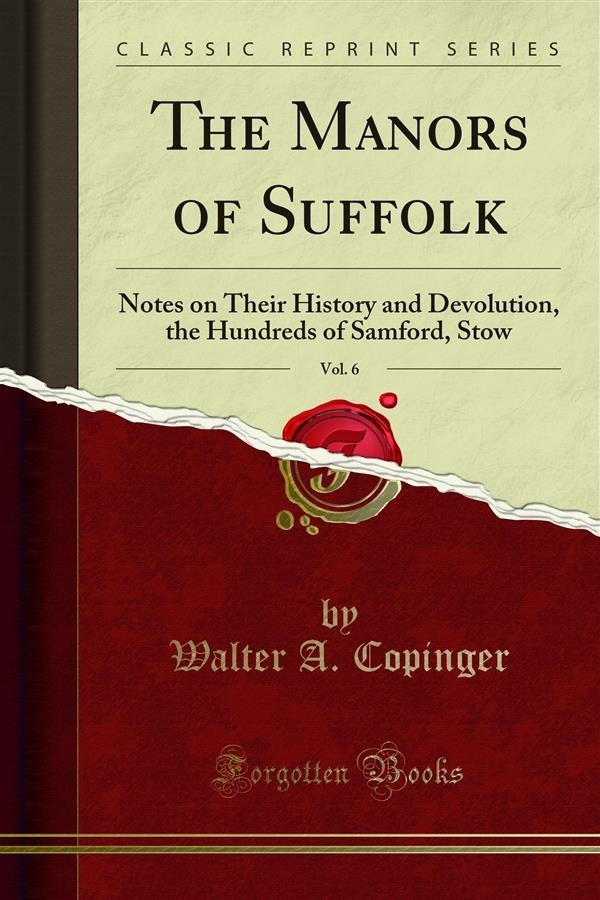 This Hundred is in the Deanery to which it gives its name, in the Archdeaconry of Suffolk, and Diocese of Norwich. It is of an angular figure, and its western side is about nine and each of its other sides fourteen miles in length. It is bounded on the south by the Stour, which separates it from Essex; on the west by Babergh and Hartismere Hundreds, on the north by Bosmere and Claydon Hundred and the Borough of Ipswich, and on the east by the Orwell. It is generally of a rich and loamy soil, and is a picturesque district, the south-eastern portion forming a fertile peninsula between the estuaries of the Orwell and Stour, terminating at the confluence of those broad arms of the sea, opposite Harwich.<br><br>In 1465 the fee of this Hundred was in Sir Robert Willoughby, Knt., who died seised thereof, when it descended to Sir Robert, his son and heir, whose descendants inherited the same until their failure in male issue, when Catherine, the heir general of that house, brought it to the Suffolk family in 1528 by her marriage with Charles Brandon, Duke of Suffolk. She re-married Richard Bertie, and by him had a son named Peregrine, who in his mother's right was summoned to Parliament as Lord Willoughby of Eresby, and was father of Robert, the 1st Earl of Lindsey, ancestor of the Duke of Ancaster. The fee of the Hundred is now in the Crown, and the government in the Sheriff and his officers.