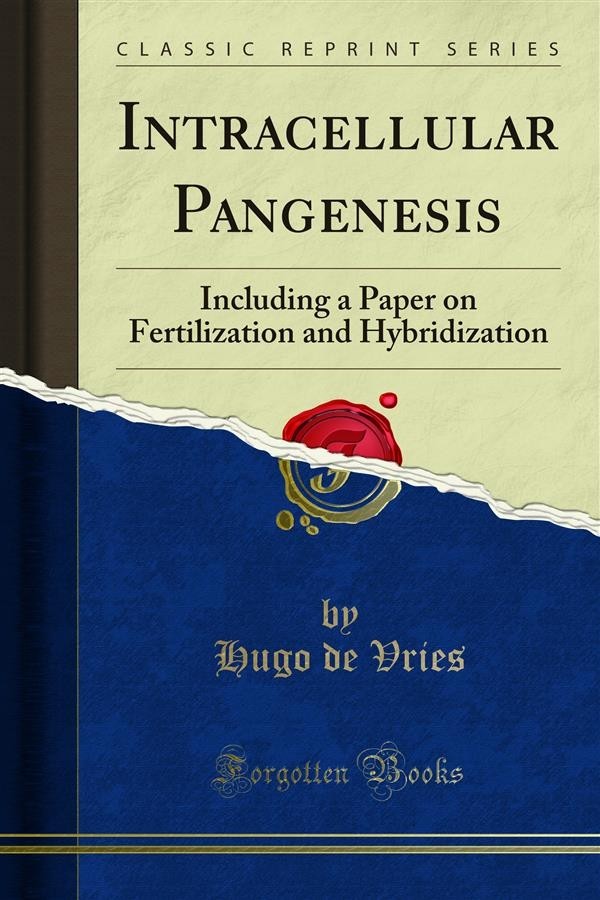 The Intracelhilare Pangenesis, of Hugo de Vries, was such a source of stimulation to me at the time of its appearance that I feel greatly indebted to its author. By creative imagination Hugo de Vries predicted much in his book that gained a material basis only through the histological research of the following decades. That is what makes the study of his book to-day as interesting as it is instructive.<br><br>In his paper, entitled Befruchtung iind Bastardirung, a translation of which is included in this volume, de Vries has shown the same faculty of utilizing our present knowledge from every point of view, and of looking prophetically into the future. For in this paper also, on the ground of theoretical, considerations, he predicted phenomena which were to furnish the basis for our conceptions of fertilization and heredity, but which have become actually known to us only through later works on the most intimate processes of nuclear division.<br><br>Therefore I gladly comply with the wish of the translator to introduce his translation with a few words. I say expressly to "introduce," for works of Hugo de Vries do not need a recommendation.