Fifty Days on Board a Slave-Vessel in the Mozambique Channel 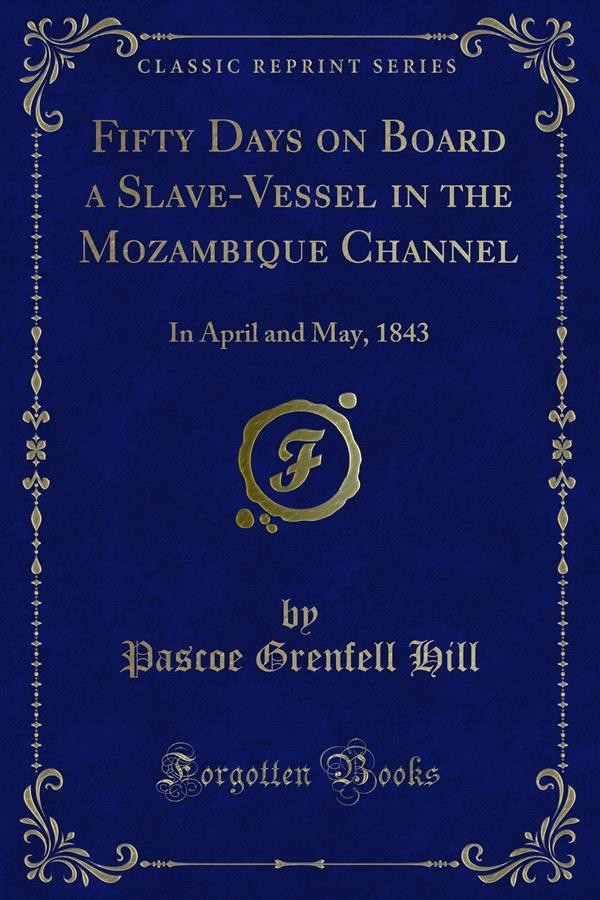 Fifty Days on Board a Slave-Vessel in the Mozambique Channel

H. M. S. "Cleopatra," of twenty-six-guns, commissioned by Capt. C. Wyvill, in April, 1842, having received orders to proceed to the Cape of Good Hope station, and to convey Lieut. General Sir William Gomm to Mauritius, of which Island Sir William had been recently appointed Governor, sailed from Spithead in the latter part of July, and arrived at Rio Janeiro on the 6th of September. I was then in the Malabar, of seventy-four guns, Capt. Sir George Sartorius, lying at Rio, and took advantage of the opportunity which the kindness of Commodore Purvis, senior officer on the station, afforded me, of getting transferred from that ship to the Cleopatra.<br><br>The unrivalled magniiicence of Rio harbor, narrow at the entrance, but spreading into a circumference of seventeen leagues; its hundred islands; the mountains which inclose it, showing every change of outline, covered with the richest verdure from the shore to their summits; the higher mountains beyond, which bound the view, mingling their heads with the clouds; compose a scene of variety and beauty which can hardly tire the eye. The city, on the left hand at the entrance, is four or five miles from the mouth of the harbor; the intermediate coast divided into several small bays, studded with pretty villages and country eats. These are still more numerous on the Braganza side of the harbor opposite to Rio, the favorite resort of its inhabitants during the heats of summer; a steamboat crossing hourly through the day. The scenery on that side is not equally grand in character, but has more softness, and the contrast is as great of its quiet and retirement to the noise and bustle of the city. The usual landing-place at Rio is in front of the "Hotel Pharoux" a very large and handsome building, which overlooks the quay, the market, and the great square. In the square, the principal objects are, the Palace of the Emperor, a Carmelite convent, now applied to secular purposes, and the Chapel Royal, adjacent to it. The busy stir on the quay, of boats sending passengers, or taking off supplies to the shipping; the till more busy and crowded market, with its tropical profusion of fruits and vegetables; above all, the different tribes of the human race, of every hue and feature, vdio throng it; offer a curious and lively scene. The proportion of the colored population to the white, in the province of Rio Janeiro generally, is probably not less than twenty to one. On the plantations in the interior, where this proportion is greatest, the sufferings of the negroes are doubtless severest. In the metropolis, their condition does not wear that mournful appearance in which the imagination is apt to present it. Certainly the content and cheerfulness of the motley crowd here seems to equal that of the common classes in most other countries. The heartiest mirth prevails among the parties who mingle around the small charcoal fires on which they fry their fish, or boil their cassava root and sweet-potatoe. The hardest labor witnessed in the streets, is that of the coffee-carriers, who bear bags of great weight on their heads, at a running pace, to the sound of some rattling substances in a bladder, which the leader of the parly shakes, and the others accompany with their voices.