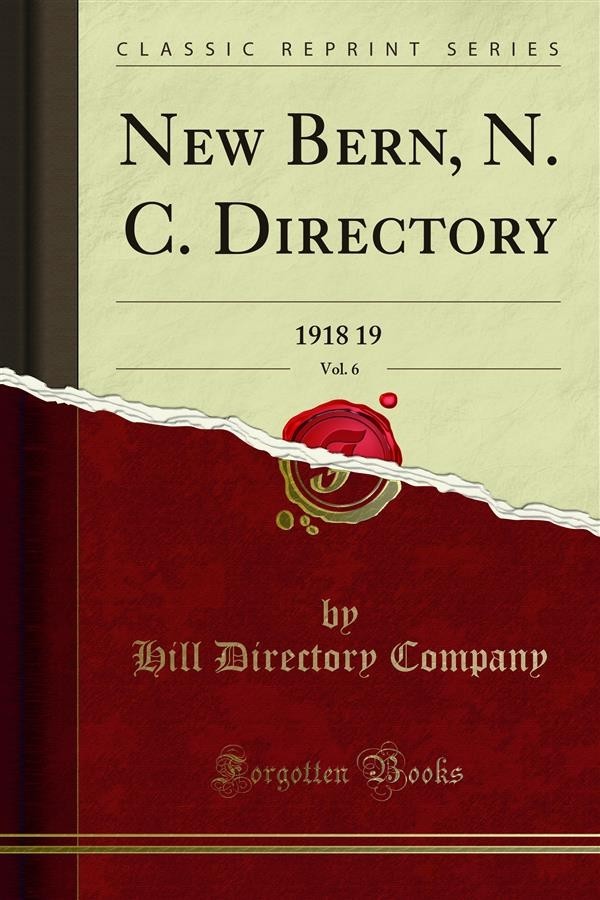 New Bern was founded by the Swiss settlers in 1709 and for over two centuries it has enjoyed steady growth and increasing prosperity and happiness, which naturally blesses a community. Ideally located, made up of energetic, inventive and thrifty people, it is now rapidly growing in greatness; commercially, financially and in point of quickened civic spirit.<br><br>New Bern was named after Berne Switzerland, which means "Bear" in the Swiss language. The entire South is throbbing with a new and mighty energy and a great development of her unbounded resources and opportunities. The commercial awakening of the South is very significant. It is claimed to be increasing at a rate conservatively estimated over $7,000,000 a day. New Bern is splendidly playing its part in this theatre of progress and prosperity.<br><br>New Bern is located at the junction of two beautiful, deep rivers - Neuse and Trent - near the entrance of Pamlico Sound and 35 miles from the Atlantic Ocean. It is in the center of the great cotton, lumber and agricultural belt of the South Atlantic Seaboard. It is 87 miles northeast from Wilmington, 197 miles southeast of Raleigh, 171 miles south from Norfolk and 377 miles south of Baltimore.<br><br>New Bern is reached by the Atlantic Coast Line Railroad, the Norfolk Southern Railroad and by water. There is double daily service in all directions; only one hour's ride to the mighty Atlantic, 6 hours to Norfolk, 10 hours to Richmond, 15 hours to Baltimore and 19 to New York.<br><br>New Bern has grown nearly 100 per cent in population the past ten years. The population now is conservatively estimated to be 16,000.<br><br>New Bern has unsurpassed climatic conditions. A happy medium between the blizzard beaten and drouth scorched North, West and Northwest and the enervating climate of the South.