Observations on the Cæsarean Section and on Other Obstetric Operations 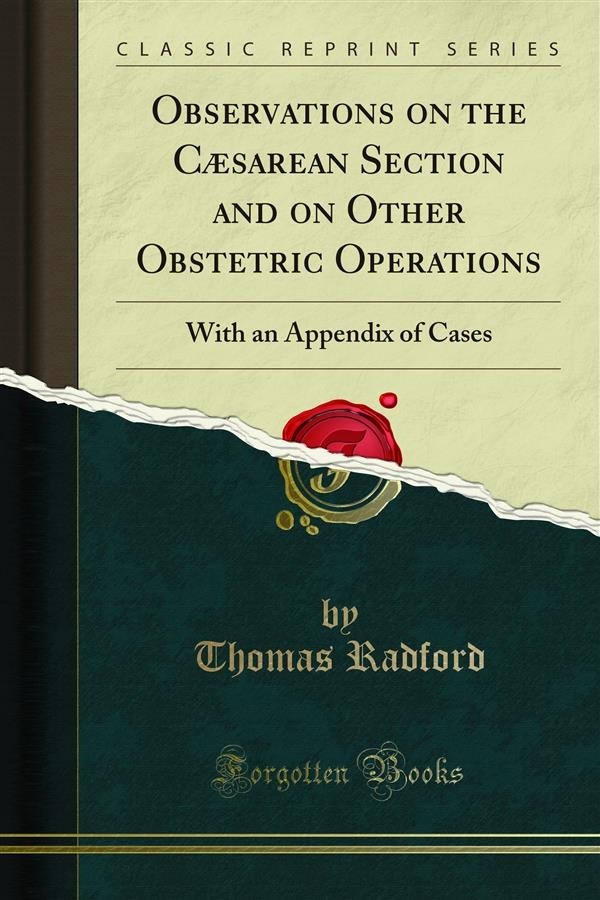 Observations on the Cæsarean Section and on Other Obstetric Operations

The Cæsarean section is not an operation of recent date; its performance is recorded before obstetric medicine and surgery were scientifically accepted (vide Edinburgh Medical and Surgical Journal, vol. xxv), and has since been generally recognised in most of the modern systems of obstetricy. Although this is the fact, yet it has not received the unanimous approval of the members of our profession. From a very early date it has had its advocates and its opponents. To my knowledge, there has been no subject connected with medicine which has created more bitterness of feeling and animosity in the minds of those who may be classed as Cæsareanists and anti-Cæsareanists.<br><br>In no city or town in these empires have these repugnant and unprofessional feelings existed to a greater extent than in Manchester. The important but rancorous controversy which took place here between Dr. Hull and Mr. Simmons brought the greater part of the medical profession to entertain more clear and definite opinions. The writings of Dr. Hull, apart from their controversial character, contain most valuable and practical observations.<br><br>When I received the honour of appointment to deliver the first obstetric address before the Provincial (now named British) Medical Association, at the next meeting which was to take place at Manchester, I selected a practical and at that time a debatable subject; and, even at the present time, the opinions of medical men are unsettled and discordant upon it. My opinions upon some parts of the subject, no doubt, differed from the great majority of those who honoured me by patiently listening to its delivery; yet I did not hesitate freely, and I hope conscientiously, to express them. At the present time, I do not shrink from the responsibility of again bringing more fully before the entire profession my views, which had only been partially known for several years before the delivery of the address.