A Study of the Radiation of the Atmosphere 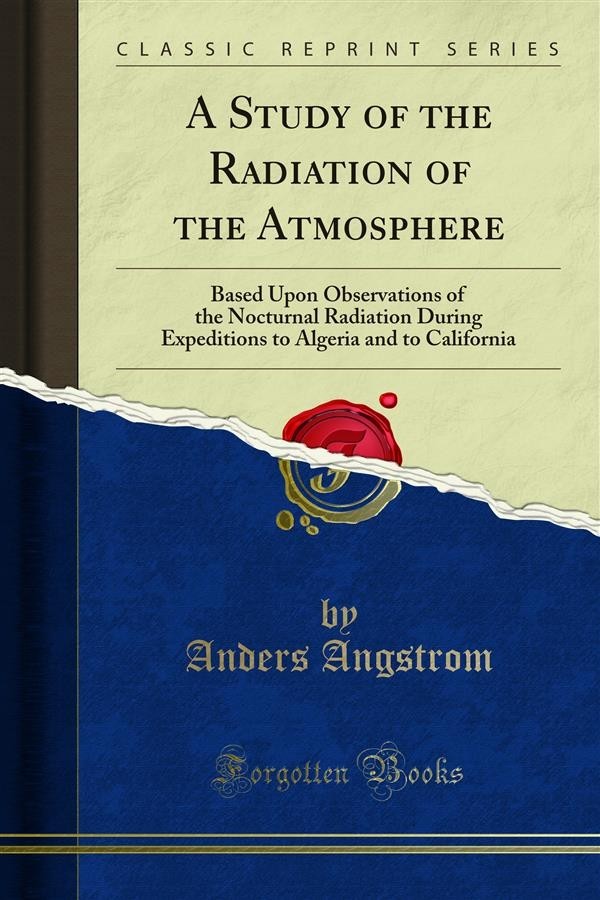 A Study of the Radiation of the Atmosphere

The prosecution of the researches described in the following pages has been rendered possible by several grants from the Hodgkins Fund of the Smithsonian Institution, Washington, for which I here desire to express my deep gratitude.<br><br>I also stand indebted to various gentlemen for friendly help and encouragement.<br><br>In the first place, I wish to express my sincere thanks to my esteemed friend, Dr. C. G. Abbot, Director of the Astrophysical Observatory of the Smithsonian Institution, for the great interest he has shown in my researches. His aid and suggestions have ever been a source of stimulation and encouragement, while his criticisms of my work have never failed to be of the greatest assistance to me.<br><br>Other scholars, to whom it is largely due that the observations upon which this study is based have been so far brought to a successful termination that I have been able to draw from them certain conclusions of a general character, are Dr. E. H. Kennard, of Cornell University; Professor F. P. Brackett, Professor R. D. Williams, and Mr. W.Brewster, of Pomona College, California. To all these gentlemen I wish to express my sense of gratitude and my earnest thanks for the valuable assistance they have afforded me in my investigations during the expedition to California.<br><br>Ultimately, the value of the observations of nocturnal radiation here published will be greatly enhanced by the fact that the temperature, pressure, and humidity of the atmosphere, up to great elevations, were obtained experimentally by balloon observations made during the expedition from points at or near my observing stations. These observations, made by the United States Weather Bureau in cooperation with the Smithsonian Institution, are given in Appendix I.<br><br>It is also of advantage that observations of the solar constant of radiation, the atmospheric transparency for solar radiation, and the total quantity of water vapor in the atmosphere (as obtained by Fowle's spectroscopic method) were made at Mount Wilson during the stay of the expedition. A summary of these results forms Appendix II.