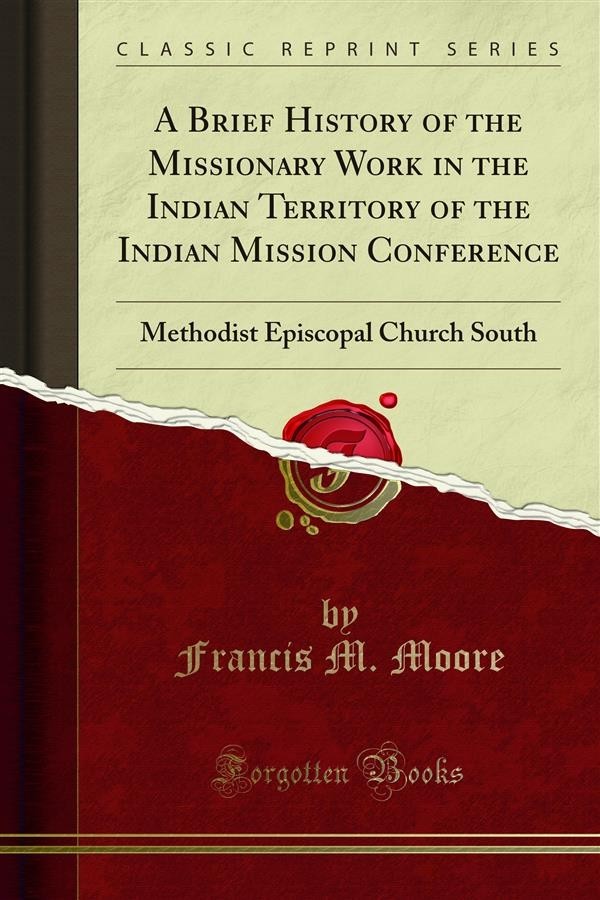 The Indian Mission Conference at its session of 1891, by specific action expressed its desire to have a history of its work written. It further requested Rev. J. F. T., to prepare such work. The request has been renewed by resolution since that time, yet if anything has been done by Bro.T. during these eight years to carry out the wishes the fact is unknown to me. In the meanwhile, if any necessity ever existed for such a work, it still exists, while the facts of our earlier history are getting farther away and fewer in number as the early actors pass away, and there is no likelihood of finding literary remains among a people who could neither speak or write the English language. It will be found also that our own church has little or nothing beyond the general reports sent the Mission department from time to time by presiding elders and superintendents. I have drawn liberally from the old conference records, believing that these extracts were worth the space they occupy. A disastrous fire might occur in a preachers house and an old book perishes, and the facts of history it contained can never be replaced. Ill health and severe weather have, during the last four months, made me a prisoner in my room. To these circumstances is to be attributed this contribution to our Conference literature. My own estimate of the value of the work is not large. Should it be received with a similar estimate I shall not complain.