The Genealogy of the Hitchcock Family 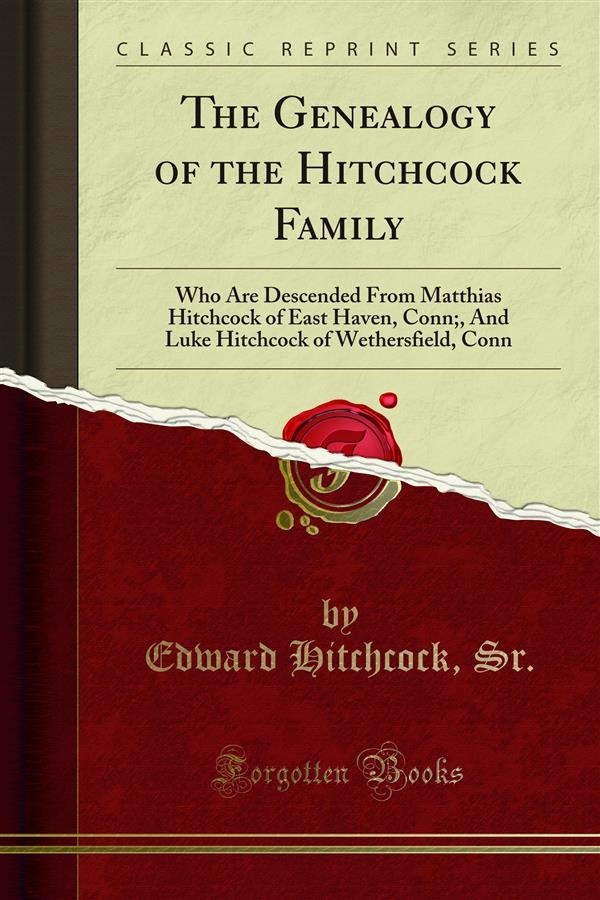 The Genealogy of the Hitchcock Family

This book, which is the genealogy of the descendants of only two of Hitchcocks who early settled in this country, scarcely needs an introduction. The family seems to have been, and still is, a very numerous one in England, the "Wills and Administrations in the Prerogative Court of Canterburry" showing a list of 116 of this name between the years of 1590 and 1670. It would probably not be difficult to trace the ancestry back to England of the descendants of Thomas Hitchcock who at the age of 22 came to Virginia in the "Paule of London," or of Thomas Hitchcock who with Alice his wife came to Virginia in the "Marygold" in 1624 and settled on Hog Island or of the William Hitchcock who sailed in 1635 in the "Plaine Joan" for Virginia. But Matthias, Luke and Edward came and left no trail behind them. Probably they were men in the humbler walks of life. All attempts have failed to discover any trace of them previous to May, 1635 when Matthias at the age of 25 landed in Boston and settled for a short time in Watertown, Mass., from which place he soon removed to East Haven, Conn., where our history of the family begins. There he was joined by Luke and Edward as early as July 1, 1644 at which date they took "Freemans oath" in New Haven. Matthias and Edward remained in East Haven and in this and the towns in the neighborhood of New Haventhe descendants of Matthias settled for several generations. About 1645 Luke removed to Wethersfield, Springfield, Mass. and in this neighborhood the records of the earlier generations of this descendants may be found.