Genealogy of the Wisdom Family 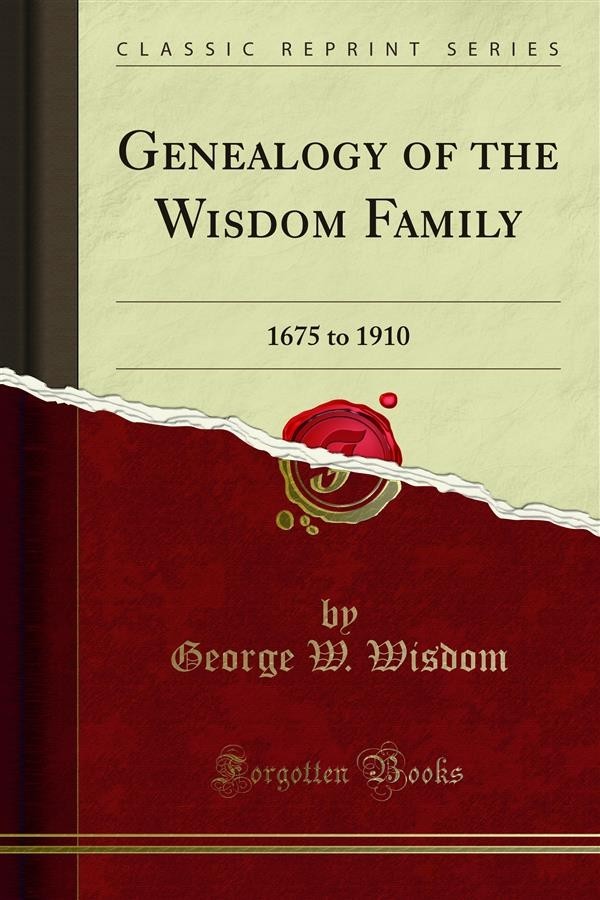 Genealogy of the Wisdom Family

The compilation of this work was begun March 9, 1890. The prosecution of it has been repeatedly interrupted by other occupations and by occasional derangement of health. It was only within the last eight years that I have been able to apply myself to it steadily. In renewing my task, I find it necessary to make the following statement:<br><br>The history of a new country is that of the men who founded it. For more than a hundred years the history of the West has been in the making. At that time the "West" meant Kentucky, and as "Westward the star of empire takes its way," that term has been used to describe each section from the Alleghanies to the peaceful Pacific. As each of these sections of the country was settled by intrepid pioneers - first Tennessee and Kentucky, then Missouri, and finally the great Oregon country, on the shores of the sunset seas - the Wisdom family was at the forefront, bearing its share of the burdens and sharing its part of the dangers.<br><br>It has been a labor of love that the compiler of this sketch has been engaged in. It was undertaken primarily that his sons might have in compact form a brief, though accurate, account of their ancestors. The work is not intended as a history of the family or of any of its members, but it is only a genealogical sketch, and only the barest outlines have been attempted to be given.<br><br>In presenting this sketch to the members of the Wisdom family, the writer will say that in all his researches he has found the Wisdoms to be men who are a credit to the pioneer history of a great republic.