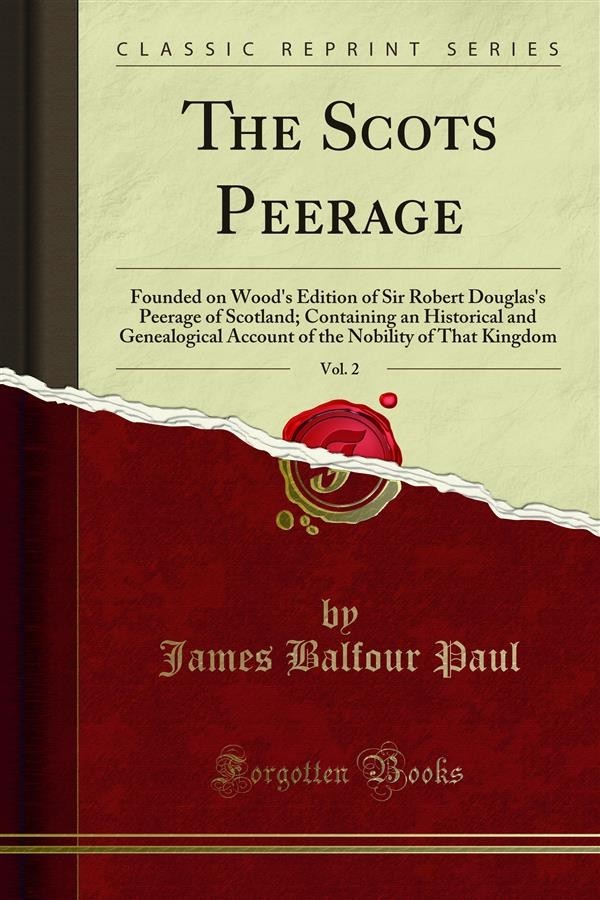 He was one of the parties to the agreement with the Queen-mother, Margaret Tudor, dated 26 August 1514, under which John, Duke of Albany, was invited to Scotland as governor Of the kingdom,3 and on 18 September following was one of the Lords of Council who decreed that the Queen, in virtue of her marriage with the Earl of Angus, had tynt the office of tutrix to the young King.4 In 1512 he was tutor to Walter Ogilvy, heir of Boyne, son of his elder brother George.5 On 3 January 1515-16 he was appointed Lord High Treasurer by John, Duke of Albany, governor of the kingdom,6 and held the appointment until his death, which must have occurred prior to 17 January 1516-17, on which date he is described as deceased, and his accounts are given up in his name by Mr. James Currour.' His wife Alison Roull, who is first men tioned in the Lord High Treasurer's Accounts under date January 1505-6 as the recipient of a golden neck.