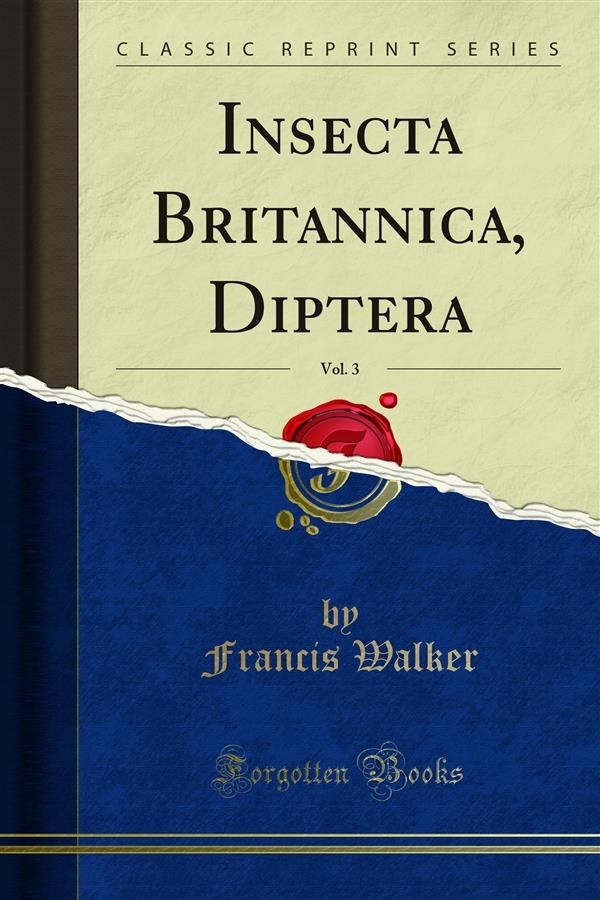 It was originally contemplated to give a complete enumeration, with descriptions, of the British Diptera in three volumes, of which the present is the last, and a general Introduction was promised therewith. But, as has been already explained in the Preface to the second volume, the matter was found so much more extensive than had been calculated, that it became necessary to omit a large proportion of the recorded British species, and many of the genera in the vast Family Mnscidæ. It would require a fourth volume to develope the work with the degree of completeness originally proposed; and as there is now a prospect that the Publisher may be encouraged to offer such a supplementary volume by Mr. Haliday, it has been thought better to reserve the general view and illustrations of the Order for the conclusion, and thereby to give more space for the treatment of the Families remaining for the present volume, and for additions to the plates, and to the text, illustrative of those treated of in the preceding two. A complete enumeration of the known British species not described in these three volumes would have occupied more space than could be spared for the purpose.