Thirteen Years Among the Wild Beasts of India 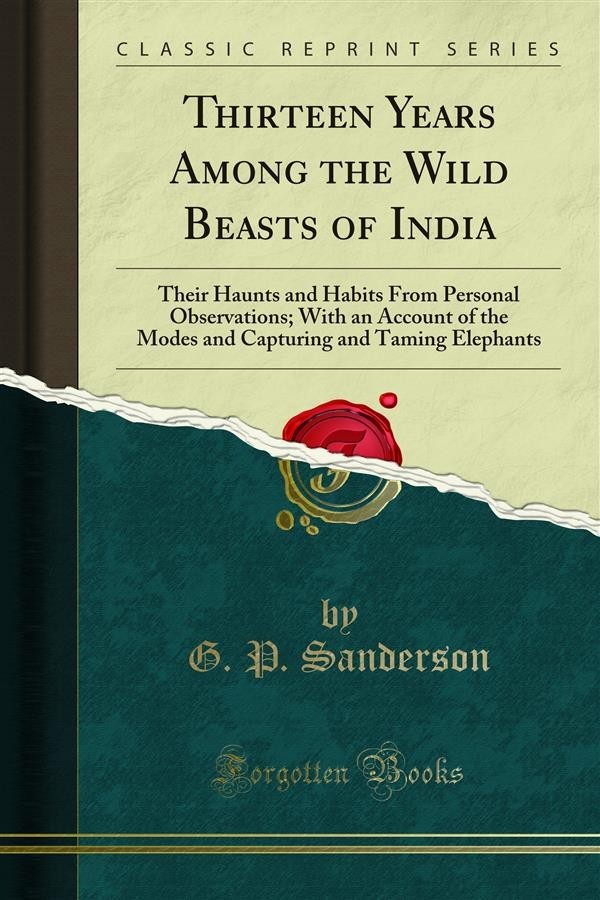 Thirteen Years Among the Wild Beasts of India

I landed in Madras in 1864, and proceeded to a station in the Mysore country where I had friends. I was fresh from school and looked with delight upon the prospect of a coffee-planter's life, in which I had been promised a start by a friend, himself a planter. But coffee was in one of the vicissitudes with which that enterprise seems so frequently to be struggling - at least my friend's estate was - and before I had completed a voyage round the Cape he had been eaten out by the "borer" insect, or his prospects had shared the blight at that time affecting his trees' leaves - I forget which. My hopes of a jungle-life seemed to be doomed; my vision of wild elephants, tigers, and bison to be hopelessly dispelled! However, in a month or two a friend who was engaged in prosecuting some surveys for Government took me with him, and in the next six months I learnt a little of the country and surveying, and a good deal about duck and antelope shooting.