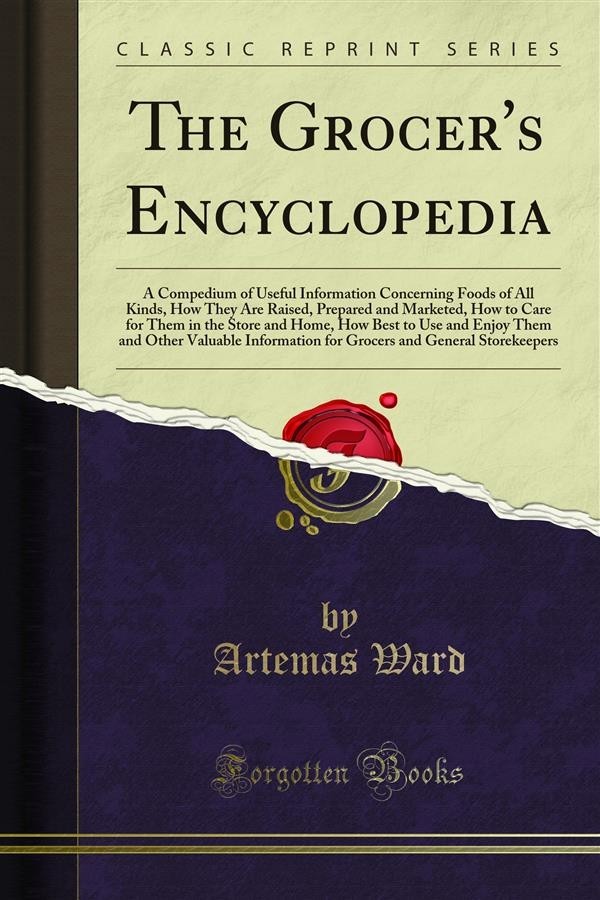 This book is the product of many such minutes stolen out of the hours of a very busy life, at irregular intervals, during a period of about thirty years.<br><br>In 1882, realizing that the Grocers and General Storekeepers of the United States greatly needed a book giving information on many points relating to their business, I attempted to supply that want, and issued The Grocer's Handbook. Time and money, as well as personal experience and proper co-operation on the part of others, were denied me, and it is with a feeling of shame that I refer to that crude but well intended effort. Perhaps the present volume is its best apology.<br><br>I have never abandoned the hope of issuing a better book - have steadily collected scraps of information - noted points of value - laid plans and considered costs. In the past two years application for information has been made to producers and manufacturers in all parts of the world. So carefully detailed were the communications that return postage was provided in stamps of the countries of the recipients, even those of China and Japan, yet in numerous cases several letters had to be written before any attention was secured, and, too frequently, the replies were indifferent - perhaps it was found difficult of belief that anyone intended to publish a creditable book for Grocers!<br><br>Probably the indifferent ones would now gladly give pictures, details and other information, but I was obliged to fulfill my purpose without their aid - to obtain, by personal search and often in odd ways, photographs and other illustrations, some of them rare and difficult of access, and to develop many of the most interesting features from crude commercial reports.<br><br>My thanks, and those of the readers of this book are, on the other hand, due to the many leading houses of the world who kindly aided in making it what it is. Personally, I must acknowledge the industry and accuracy of Mr. Charles Martyn, formerly Editor of The Caterer, without whose efficient aid the work would have been too heavy for me.<br><br>In so wide an undertaking errors and omissions will no doubt be discovered I shall try to correct them in future editions. In several instances, prominent houses sent in absolutely contradictory statements on important subjects, while high authorities disagreed with the Department of Agriculture. In one case, a great company, unquestionably the greatest of its kind in the world, ridiculed our submitted text - and a month later its own chief chemist endorsed it as complete and accurate.<br><br>The color plates, by The American Colortype Company, tell their own story of modern color printing and a well executed order.<br><br>My connection with the Grocery Trade has continued unbroken during the thirty years in which this Encyclopedia has been taking form - for twenty years in editing The National Grocer (absorbed by the American Grocer in 1894) - from 1884 to 1909 as General Manager for Sapolio, and still glad to aid all its interests - and now, in presenting the completed work, I find pleasure in the thought that I am still serving my friends in the Trade.