Some Problems of Geodynamics 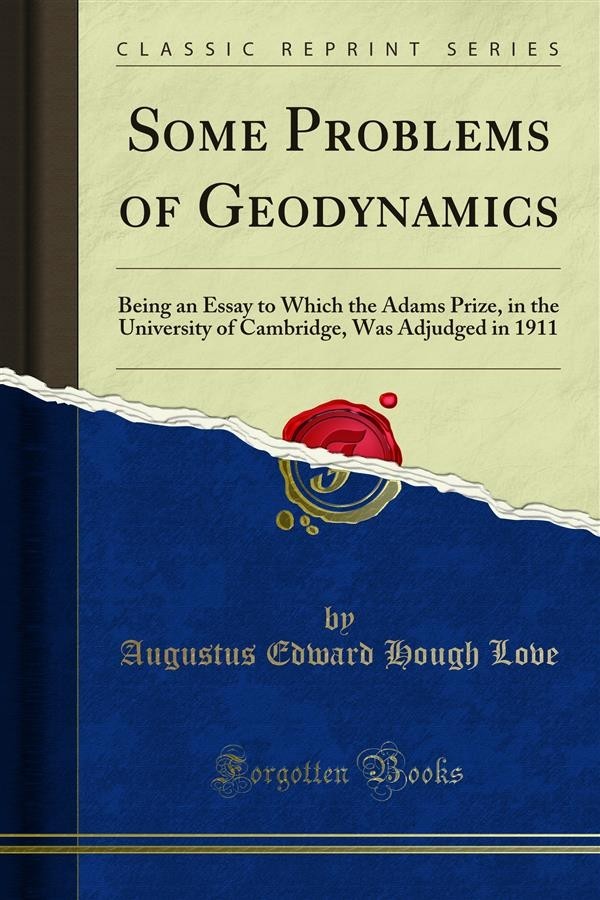 Some Problems of Geodynamics

The subject selected for the Adam's Prize of 1910 was "Some investigation connected with the physical constitution or motion of the earth." A number of questions on which it is desirable to obtain further knowledge were mentioned; among them were "The stresses in continents and mountains, when the supposition of the existence of the isostatic layer is accepted; the propagation of seismic waves." At the time when this announcement was made, March 1909, I had found that modification of previous theories concerning the effects produced by compressibility in a body of planetary dimensions which forms the basis of the investigations in Chapters VII - X of this Essay, and had sketched a programme of work dealing with the special subject cited above from the announcement. The investigations concerning the effects of the earths rotation on earth tides did not arise as part of the original programme, but were undertaken after a discussion of the subject at the Winnipeg Meeting of the British Association for the Advancement of Science.<br><br>As the analytical investigations in the Essay are rather intricate, it has been thought advisable to prefix an Abstract, stating the special hypotheses and limitations in accordance with which the various problems are discussed, and describing the conclusions which have been reached.<br><br>My best thanks are due to the authorities of the Cambridge University Press for the readiness with which they have met all my wishes in regard to the printing.