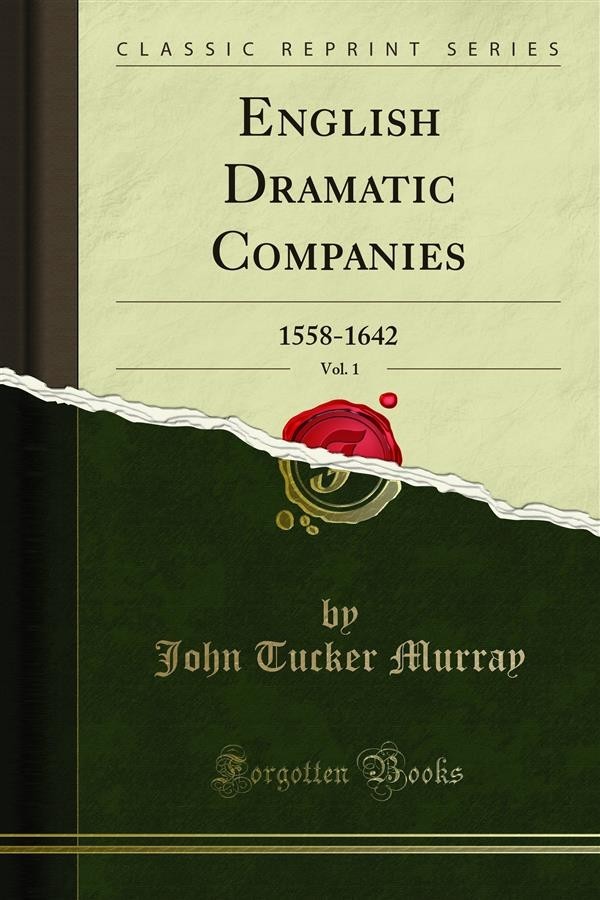 The object of this book is to trace the history of English dramatic companies in London and the provincial towns from 1558 to 1642, from the accession of Queen Elizabeth to the closing of the theatres by the Pmitans. No previous attempt, so far as I know, has been made to give an account of these companies in the provinces except Halliwell-Phillipps's and Mr. Sidney Lee's lists of the provincial performances of Shakespeare's company. Collier, Malone, and Chalmers occasionally note the visits of some company to a provincial town but never attempt a history of such a company, and Mr. Fleay, who alone has presented a systematic study of the dramatic companies of the period, frankly ignores the provincial stage.<br><br>The highly speculative nature of the history of these companies must have impressed every student of the Elizabethan drama. As, on the available evidence, it seemed impossible to advance far beyond Mr. Fleay's brilliant, if somewhat erratic, conclusions, it was necessary to bring to bear on the subject some considerable body of hitherto unknown facts. The field which appeared to offer the best chance of such a discovery was the records of the provincial towns.