Days and Nights of Shikar 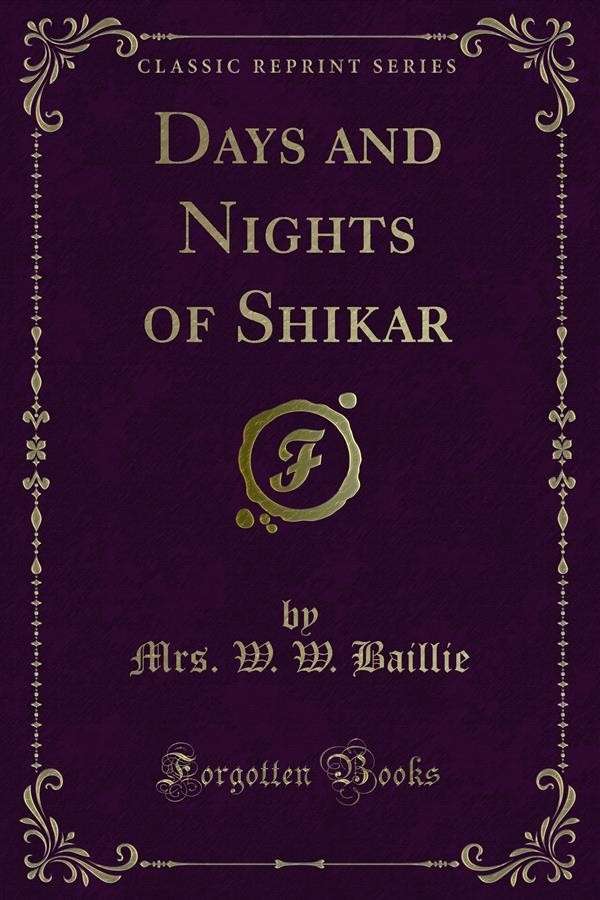 Days and Nights of Shikar

For the first few years that my husband and I were in India I had most extraordinary bad luck in every way in shooting. I sat up night after night over kills to try and get a leopard. I never saw or heard one. I went out with parties tiger-beating, under really favourable circumstances, the beat sometimes arranged by an Indian prince, sometimes by a sahib, and I was generally given the most likely place. But though I heard an occasional bang to right or left, nothing ever came my way. I was binning to grow rather despondent about it.<br><br>There were several thieving panthers at Mount Abu. At that time we were taking care of a little brown spaniel. Flirt, for a friend. One night when we were at dinner she ran round to the back of our quarters and stood in the veranda where the light from the cookhouse fell on her. Servants were going backwards and forwards with dinner and the butler was bringing something from the cookhouse when he saw a panther spring into the veranda, snap up poor little Flirt and go off with her. I tied up a goat outside and sat hidden in the veranda night after night, as long as the moon endured; but the panther was too wary for me.