The Abdominal and Pelvic Brain With Automatic Visceral Ganglia 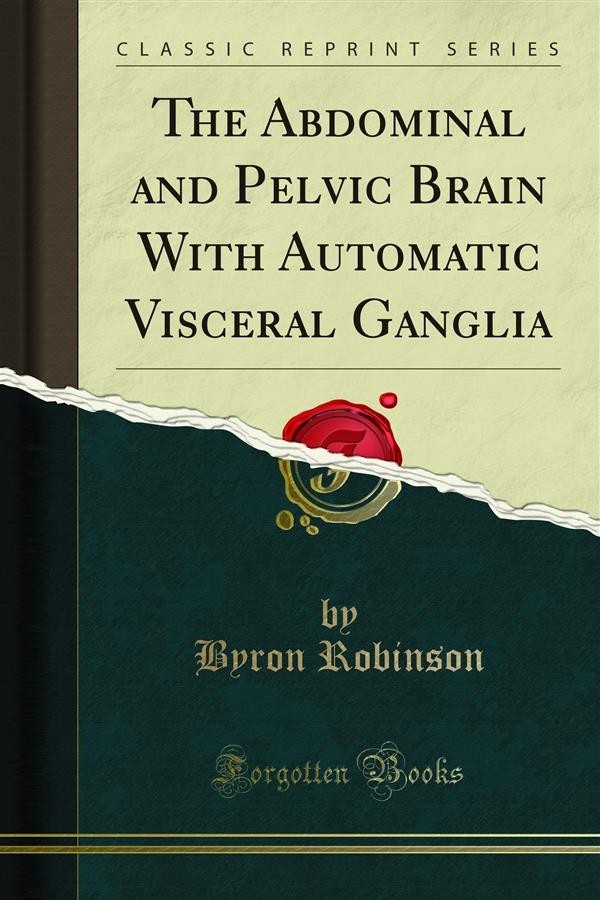 The Abdominal and Pelvic Brain With Automatic Visceral Ganglia

The present volume contains views concerning the anatomy, physiology and pathology of the abdominal and pelvic brain. The abdominal brain is the solar or epigastric plexus. The pelvic brain is the cervico-uterine ganglion located on each side of the uterus.<br><br>A brain is an apparatus capable of reception, reorganization and emission of nerve forces. It may be composed of one or more nerve or ganglion cells. The book is partly based on the so-called "reflexes," as they are observed in both health and disease. We understand by "reflexes" disturbances which are produced in parts more or less remote from points of local irritation. The reflex is the "referred disturbance" of modern writers. I have attempted to show the extensive utility and dominating influence of the abdominal sympathetic nerves upon the animal economy. The reflexes and rhythm concerning organs under various conditions are discussed. The automatic menstrual ganglia are presented as the peripheral ganglia of the uterus and oviducts. No attempt has been made to divorce the cerebro-spinal and sympathetic nervous systems from their exquisite mutual dependency. Yet, notwithstanding this latter, the abdominal sympathetic nerve, under observed conditions of defect of the cord and cerebrum, acts with a certain degree of independence. I do not claim that deep-seated, grave diseases are caused by reflex irritation, nor that these diseases are dispersed by removal of the reflex or peripheral irritation. However, it may be stated that the chief suffering is not due to deep-seated disease, but to superficial, reflex irritation, which brings in its train innumerable disturbances capable of unbalancing the complex abdominal visceral system.<br><br>The course of reflex irritation may be observed clinically as: (1), Peripheral (reflex, infective) irritation; (2), indigestion; (3), malnutrition; (4), anemia; (5), neurosis. The final stage is the irritation of the innumerable abdominal sympathetic ganglia by waste-laden blood, which produces the hysteria and neurasthenia.<br><br>This book is practically a treatise on the abdominal sympathetic nerves (nervus vasomotorius abdominalis), a resume of views which I have discussed in current medical literature for a decade and a half.<br><br>The subject of gastro-duodenal dilatation, on which I have studied and practiced since 1893, will be found discussed in detail.