A History of the Churches, of All Denominations, in the City of New York 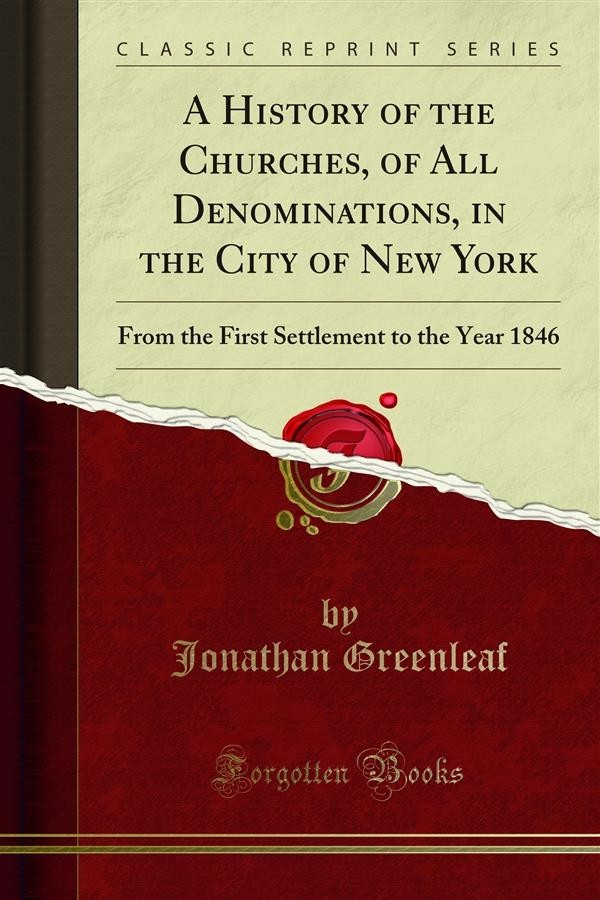 A History of the Churches, of All Denominations, in the City of New York

Annual Conference. These sources of ih formation have been carefully examined. In relation to the various branches from these denominations, as well as the other denomi nations ih the city, Whether composed of a Single Church, or of several associated, their annual publications have been examined, if they have made any, or information has been sought from intelligent men among them; and then to ensure, if possible, per fect accuracy, the sketch of each denomina tion, when written, has been exhibited to some leading minister in that denomination, for examination and correction. Chronological order is observed through out, as far as it was practicable.