The Tertiary Igneous Rocks of Skye 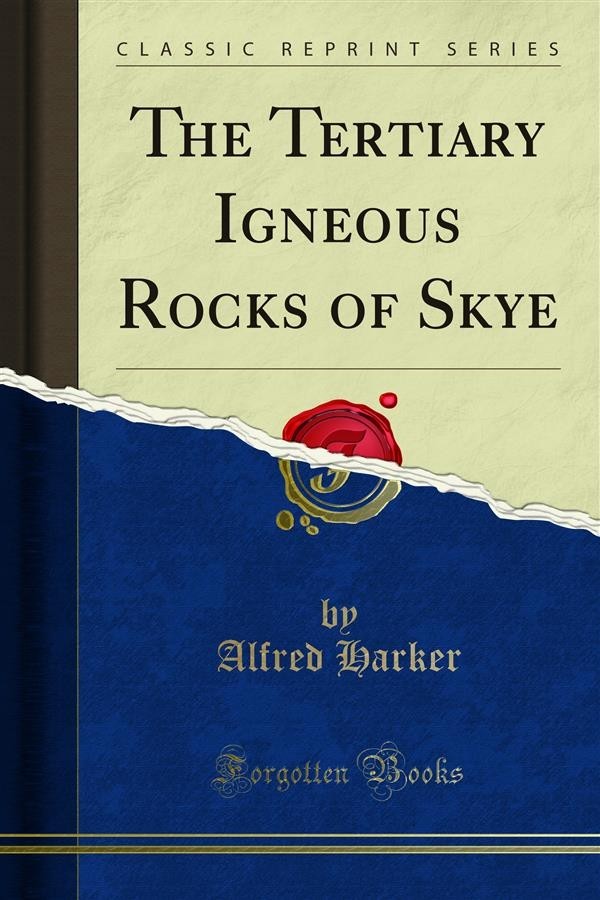 The Tertiary Igneous Rocks of Skye

The Tertiary Volcanic region of the West of Scotland is well known to be of exceptional interest from many points of view, and on this account my predecessor, Sir A. Geikie, determined that a typical portion of the region should be mapped and described in great detail. The district comprising the central mountain group of Skye was selected by him, and the services of Mr. Harker were secured in order that the actual survey and the petrographical work might be carried out by the same officer. The present memoir is, therefore, the result of work which was planned and in great part executed under the direction of Sir A. Geikie, who has himself contributed very largely to our knowledge of the selected area, and who has taken from first to last special interest in Mr. Barkers researches. The district is one which has attracted the attention of many distinguished geologists from the days of Macculloch down to recent years. The main outlines of the geology are, therefore, miliar to students of the science, but in view of the publication of this volume some of the salient features of the development of research may here be referred to. MaccuUoch sclassic work showed that the basalts of the plateaux and the eruptive masses pierce and overlie the Oolitic strata, and are therefore younger than the Jurassic rocks. The discovery of plant remains at Ardtun, in Mull, announced by the Duke of Argyll in 1851, marked an important advance, for they were regarded by Professor E.Forbes as proving the Tertiary age of the basalts with which they are associated. At the same time Forbes was led to the conclusion, from the evidence at Loch Staffin, in Skye, that the basaltic lavas are there contemporaneous with the Oolitic strata. Following the opinion of Professor Forbes, in his earliest investigations Sir A. Geikie inferred that the basaltic lavas of Skye are not younger than some late part of the Jurassic period, and he further contended that the gabbros of that island are of Archaean age from the striking resemblance of the banded types to some of the ancient gneisses of the North-West Highlands. In 1871 appeared Zirkel svaluable description of the petrology of the igneous rocks of Skye.