Materials for a History of the Wither Family 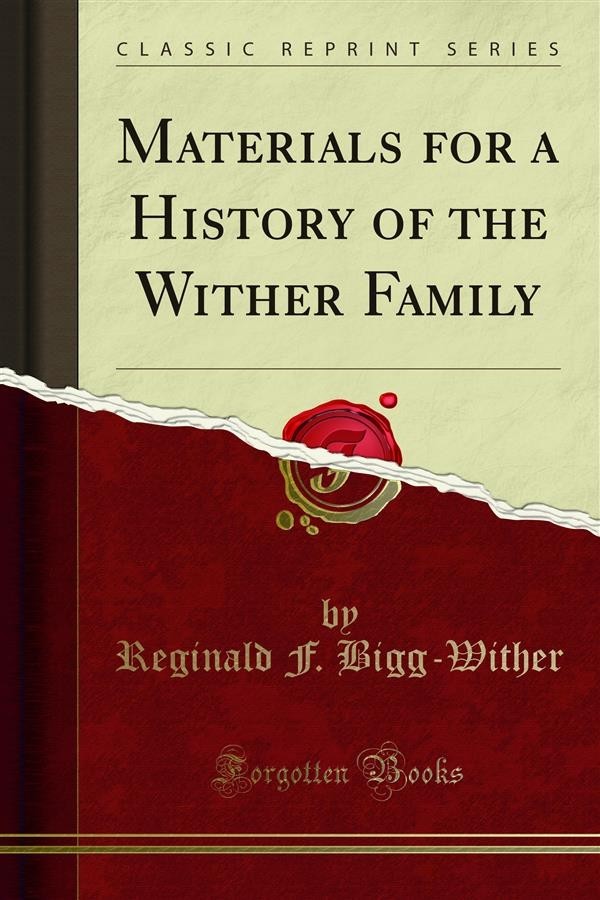 Materials for a History of the Wither Family

In the early sixties a young Oxford undergraduate, preparing for the history schools, as he leant Sunday after Sunday during the long vacation over the edge of the high family pew in the unrestored parish Church of Wootton St. Lawrence, near Basingstoke - gazed with increasing interest at the following monumental inscription on the opposite wall: -<br><br> 'William Wither Esquire died Oct:31 1789 aged 86.<br><br>On his death, all the male issue Of an ancient and well respected family, Who had resided at Manydown During the space of four centuries Became extinct."<br><br>"Four centuries in 1789, that takes one back (he said to himself) to the reign of Richard II. I wonder what the succession of the Withers of Manydown was, and what sort of life a country squire lived in those days. Visions of the manorial system; of the estate divided into two portions, that in demesne and that held by the villagers in villenage; of the manorial courts and of the lord dispensing justice - rose before him. Some day I will write a history of the family and of the manor."<br><br>Time passed. After Oxford came residence abroad. Then Holy Orders with exacting ministerial work.