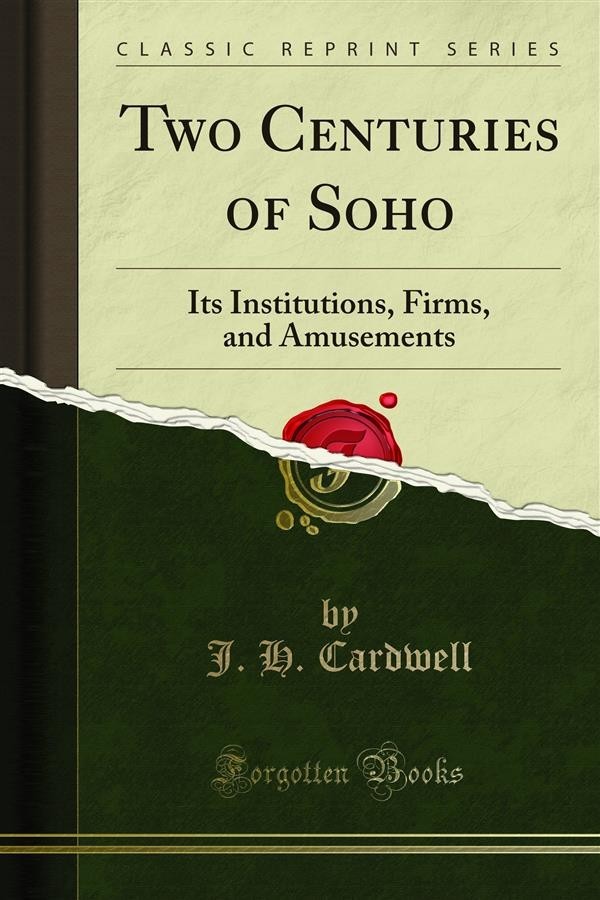 I have been honoured with an invitation to contribute a Preface to this book. It is a book written by many hands, among which my own cannot be reckoned. It is not a book compiled or made in the usual way, because the contributions are not written by hirelings, but by volunteers, and by those who write about the things they know by personal experience. My own claim to any voice in the matter is simply that, by the courtesy of Messrs. A. and C.Black, I have enjoyed the use of a room at No.4 Soho Square, looking out upon the garden in which I have passed three years of pleasantly laborious days.<br><br>The Quarter known as Soho has attracted great attention of late years as one of the most interesting districts of London. The great City has many Quarters which, like Soho, seem to stand apart and separate by themselves: having their own history: their own associations: and their own peculiar points of interest. Kensington is such a Quarter: Islington is another: Whitechapel, another. In the case of Soho the interest is varied. It was once the home of Fashion: the number of distinguished persons who have lived in Soho from time to time is very great. The world of Fashion has long since left the place; but the solid and beautiful houses yet remain.<br><br>The interest which attaches to the Soho of the present, apart from its associations, lies in the extraordinary amount of Religious, Philanthropic and Charitable work carried on within the limits of the district. There is also the interest, known to the fullest extent only by those who work in the place, that attaches to the vice and poverty of Soho, always present, against which these agencies are continually fighting. Little is said about the subject in these pages; it should be sufficient to know that the Clergy of all denominations never cease in their efforts to beat down and expel the profligacy of which Soho is the modern centre.<br><br>I have mentioned the Historical Associations of the Quarter.