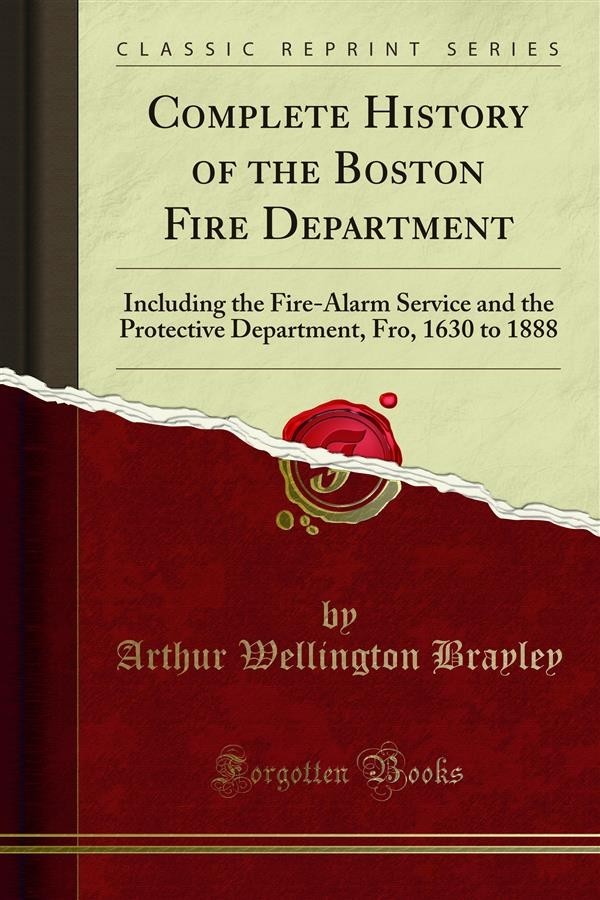 The information for the History of the Boston Fire Department has been very difficult to obtain, owing to the unsatisfactory manner in which the records have been left. In fact, there is no register of events made by the department in existence, the data previous to 1840 being scattered over numerous sources. In the task of research, I have given the care and patience the subject demanded, and trust I have succeeded in combining into one volume all the important matters in relation to the department that heretofore have been distributed through hundreds. The location of the various engines, hose-carriages, and ladder-trucks, and the companies attached to each, have been traced, as far as it has been possible to do so by the existing records, from their organization up to the date of closing this history, except from 1822 to 1860, at which time the membership became so large (each company having from fifty to one hundred and fifty members on the roll-book), that to mention all their names would occupy a large amount of space, and would be of no great value, as they can be obtained at the office of the Board of Fire Commissioners. I have therefore deemed it sufficient to mention only the officers.<br><br>The work of obtaining photographs and biographical sketches of members of the present department was begun during 1888, since which many changes have been made in the companies, so that by the time the portraits of one company were engraved, a member of the company represented by the plate would be transferred to other quarters, and he succeeded by another, thus making it impossible to retain a complete company for any length of time. It was found, therefore, impracticable to take notice of such changes after December 31, 1888, at which time the accompanying plates correctly represent the companies formed at that time.