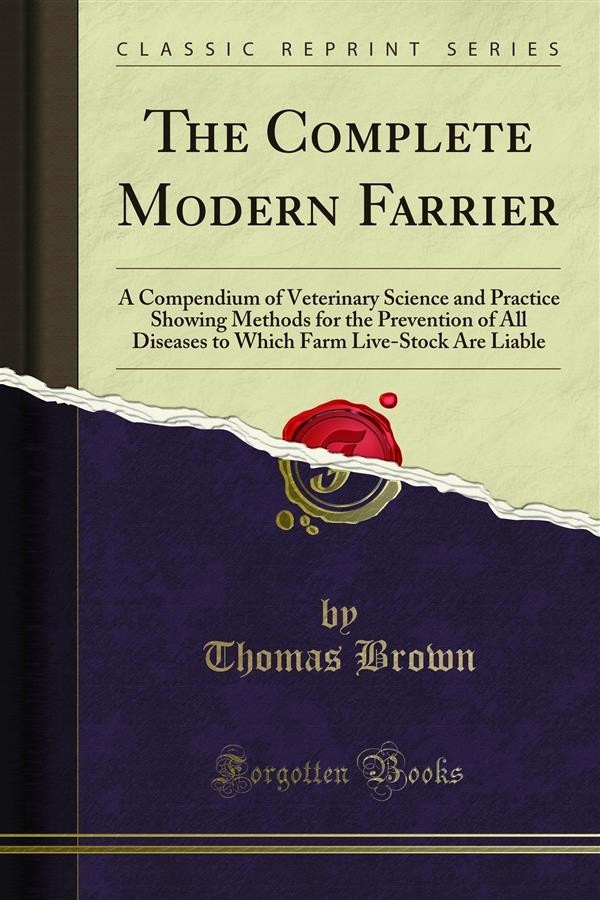 On account of the remarkable degree of public favour with which the former editions of this work has been received, this new edition has been thoroughly revised and brought fully up to date, so as to embody all the latest discoveries in Veterinary Science and Practice. In recent years great advances has been made in Veterinary Science, and the researches of Pasteur, Koch, and other eminent investigators in different fields of science have thrown a flood of light on the origin and nature of the diseases to which farm livestock are liable, and have also shown how in the case of many maladies the cause of the disease may be easily removed, so that in that way the disease may be prevented. The results of these researches made by eminent scientists, and confirmed by the practice of eminent veterinary surgeons, have been embodied in this new edition, which thus contains a great deal of valuable matter that was not to be found in the older editions. In the section relating to cattle, several new chapters have been added.