History of the Town of Gorham, Maine 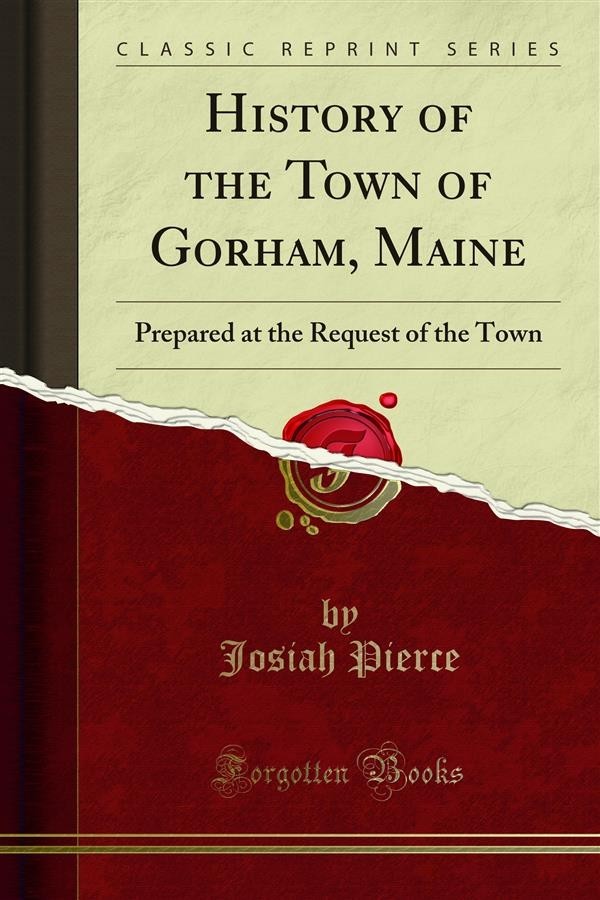 History of the Town of Gorham, Maine

A praiseworthy desire has of late been manifested In many towns In New England, to gather up the trustworthy documents relating to the early settlement and progress of our plantations, and to rescue from the oblivion to which they are rapidly hastening, the records of the enterprise, courage, and sufferings, of our early ancestors.<br><br>Such local statistics must be interesting to the citizens of those places to which they relate, and valuable to historians of our country, as furnishing reliable data to aid them In the composition of their works.<br><br>I have devoted some time in Investigating the early settlement of the town of Gorham, and tracing its growth, till it became, what it now is, one of the most populous, wealthy, and important inland towns in Maine.<br><br>I have thought a historical memoir of the place would be acceptable to its present inhabitants, and not wholly uninteresting to the people of our State generally.<br><br>With these views, I have compiled the following pages, and now commit them to the public eye.<br><br>In the preparation of this work, I have been much assisted in gathering materials, by several gentlemen.