The Irvines and Their Kin 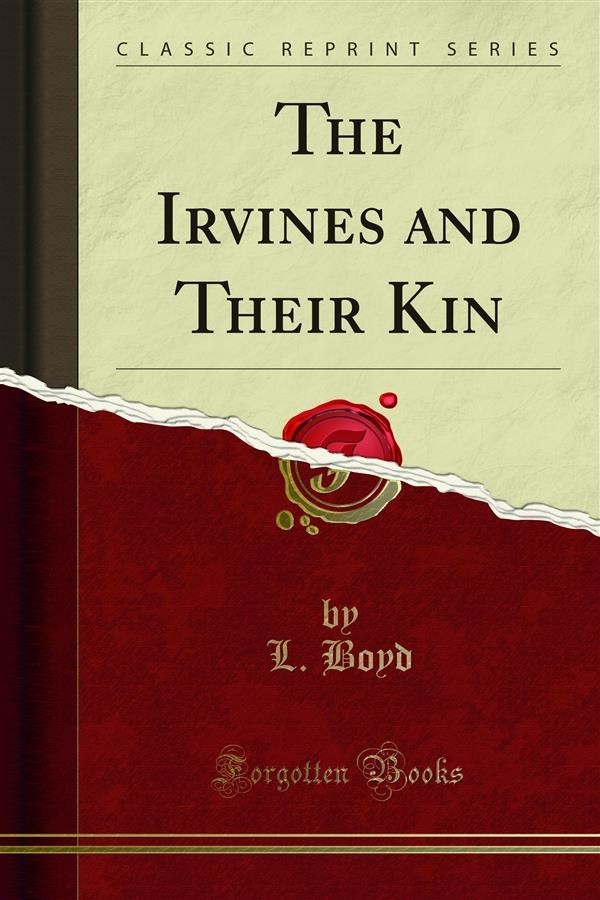 The Irvines and Their Kin

To The Irving Clan, Greeting:<br><br>I have the honor to belong to this Clan, the most numerous on the globe; but not to the Clan militant, as my forbears did. No. If a trumpet should sound "To Arms!" to-morrow, I might mount and ride; but not to the cannon's mouth. But ever since I could read, I have been a hero-worshiper, and have admired the brave men who faced death in its most awful forms, in battle by sea and land, and have been proud to learn that the Irvines were second to none on any field.<br><br>The Erinvines warred with the Romans, A. D. 373, and ever since that time they have fought, and many have fallen, on all the battle fields of the world.<br><br>They were as dauntless as any when Bruce was crowned, 1306, and one, Baron Irving, of that date, protected him when he fled from Edward Longshanks, King of England. How they fought and fell at Hardlaw, 1411, history relates, and at "Fatal Flodden Field" the ground ran red with their best blood. Says an ancient Chronicle: "Here all the male Irvines of the House of Bonshaw, who were able to carry arms, were killed, and few of that House were left to preserve the name, except those unborn."<br><br>The ancestor of the Canadian Irvings, Jacob Æmilius, was wounded at Waterloo; he was a gallant officer who was honored by his country.<br><br>I hope the Irvines who read this history will understand that the titled Irvines are not of more distinguished descent than those of the Clan who bear the same name. Says history: Of these Irvines of Bonshaw are the most part of the Scotch Irvines descended, and those of Ireland in a very fiear line." (Dr. Christopher Irvine, Historiographer to King Charles II., and Historian of Scotland.)<br><br>Men of the Irvine Clan: Allow me to appeal to you to make my American Irvine Book a success. I have crossed the ocean and visited Scotland, Ireland, and England, to gather data to make my history as comprehensive as possible. I have compiled all that is of importance, from A. D. 373 down to the present time. It has been the fond hope, and the toilsome work of years, to embalm the deeds of your ancestors in undying form.