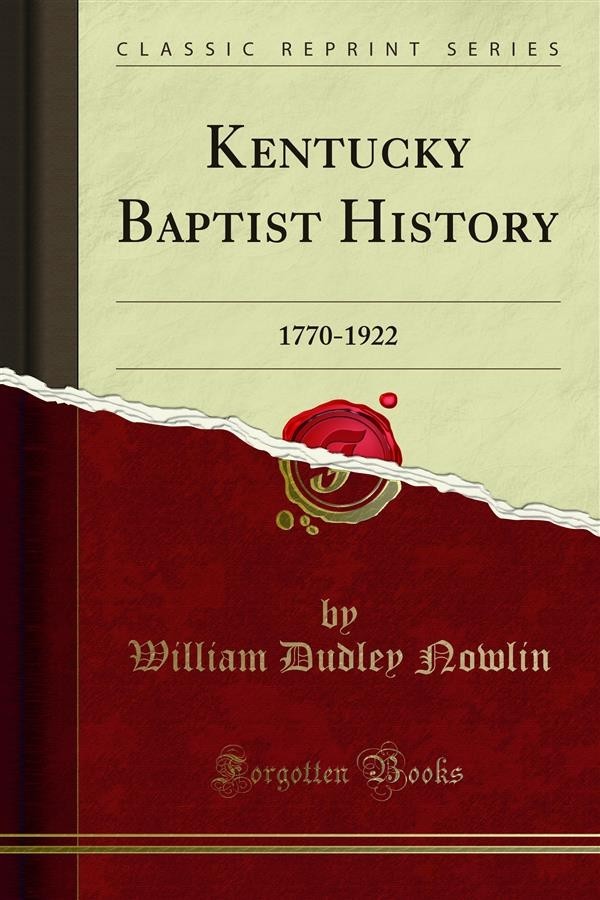 The story of the rise, progress, trials and triumphs of Baptists in Kentucky is more thrilling and remarkable than the purest fiction of the wildest imagination. One hundred and fifty-two years ago there was one Baptist on Kentucky soil, Elder Squire Boone; today there are about three hundred thousand Baptists in the State of Kentucky. This, too, in spite of the fact that Kentucky's fruitful soil has been the hotbed of almost every conceivable heresy.<br><br>Kentucky has been in theological, as well as in profane history, a "dark and bloody ground." She has been the storm center of religious controversy, the battle-field of jarring opinions from her earliest history. Her preachers have been trained in a stern school, being men of war from their youth up. "Infidelity," "Deism," "Unitarianism," "Hell-Redemptionism, " "Arianism," " Two-Seedism, " "Campbellism," "Hard-shellism," "Old Landmark-ism," "Whittsittism," "Gospel Missionism," succeeding and overlapping one the other, for more than 125 years have divided the Baptist forces of this state and shorn them of much of their power. But our brethren farther south should not complacently refer to Kentucky Baptists as "a scrappy bunch," forgetting the fact that Kentucky has fought the battles for the other states as well as for herself, and that but for the heroic struggles in Kentucky there would of necessity have been greater struggles in these other states. Kentucky has served as a break-water for the South against the flood of heresies that has swept down from the North.