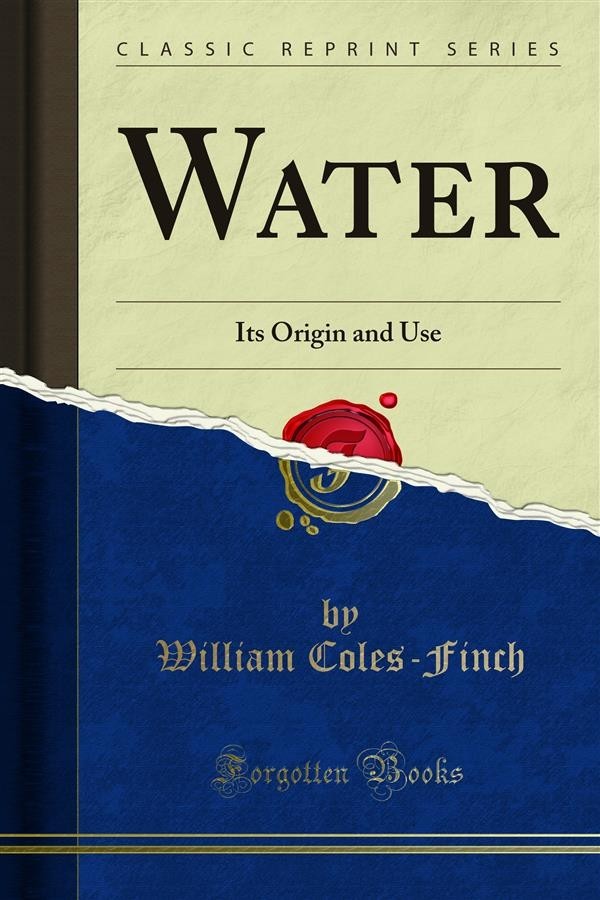 Being professionally interested in the finding and distribution of water, as engineer to an important waterworks, I have naturally been led to give this subject some attention and study, and I have derived no little pleasure in gathering together into the present volume the notes and memoranda which I have accumulated during a number of years, in the hope that my readers may find in it some matter of interest, and may be led to the contemplation of the wonders of nature.<br><br>Water in its various forms has been dealt with by some of the most eminent of scientists.<br><br>The subject, like the boundless ocean, is so wide, that there are few branches of scientific research in which it does not claim attention.<br><br>This book, however, does not pretend to be a scientific record; it is simply an ordinary person's interpretation of what he sees in nature, and represents his best efforts to describe the same.<br><br>Of such sources of information as were at my disposal, I have made free use: originality on such a theme was not contemplated, nor is it possible.<br><br>It is a truism that we know least about the common things we see and use every day of our lives.