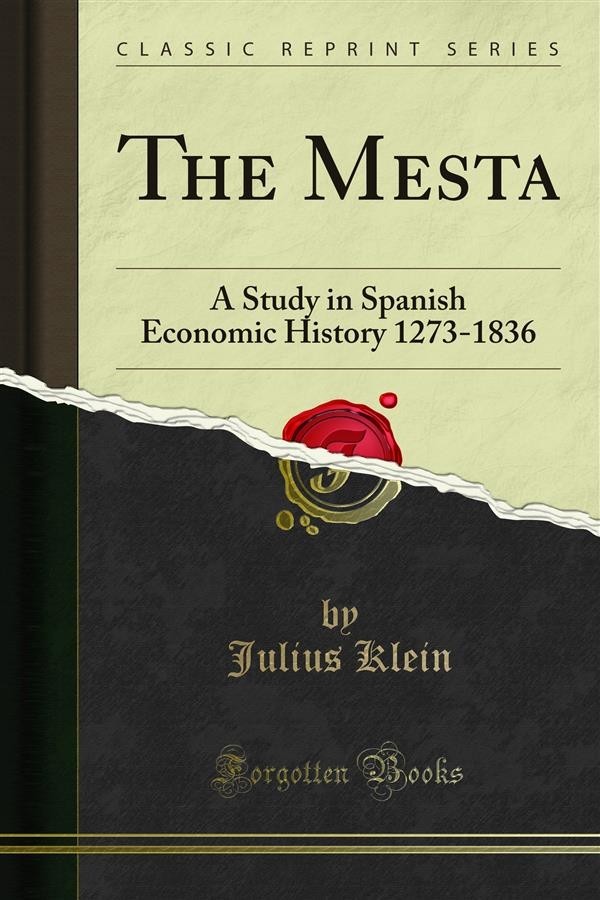 Of the many economic problems brought forth by the war, two stimulated especial interest and have already been made the subject of considerable research. One of these is the national control of raw materials, and the other the economic foundations of newly organized states. It may not be altogether inopportune, therefore, at a time when so much thought is being given to these fundamental matters, to invite attention to the same questions as they appeared in another age and under far different circumstances.<br><br>Spanish merino wool was for generations one of the great staples of commerce during the period when modern Europe was in the making. The history of 'the Honorable Assembly of the Mesta' the Castilian sheep raisers' gild, presents a vivid picture of some six hundred years of laborious effort on the part of one of the great European powers to dominate the production and marketing of that essential raw material. This policy, though primarily concerned with the agrarian affairs of the realm, had, nevertheless, a far wider significance because of its part in the mercantilistic ambitions of the greatest of the Castilian monarchs. The high unit value of wool, its compact, exportable form, and the universal demand for it made it one of the most valued means for determining the relative status of rival monarchies.<br><br>As a factor in the laying of the foundations of the Castilian state which rose from the ruins of the Reconquest, the Mesta played an inconspicuous but important part. It was used by each of the stronger sovereigns in turn to carry on a prolonged struggle against the ancient traditions of Spanish separatism - political, racial, and economic provincialism - and to work toward a united peninsula. Its rise synchronized with the successful efforts of the warrior monarchs of the Reconquest to weld their newly won dominions into a nation. Its decline began with the collapse of the monarchy and the triumph of separatist influences under the seventeenth-century Hapsburgs.