On Aphasia, or Loss of Speech 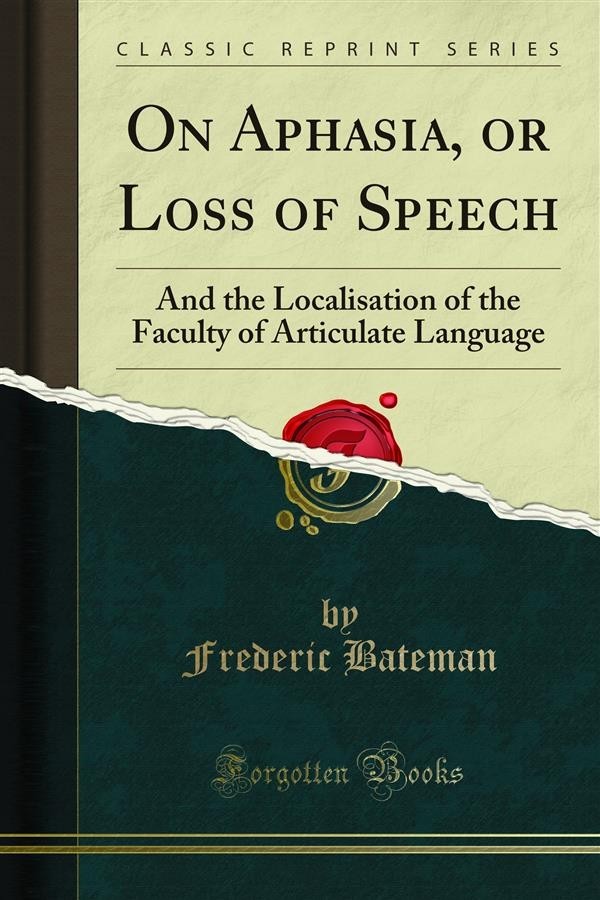 On Aphasia, or Loss of Speech

The present edition is not merely a reprint of the old one, with a few casual alterations; I have endeavoured to bring the work up to the present state of our know ledge of the subject of which it treats, and I have added so much new matter as to constitute it rather a new work than a revised edition ofa former one. Amongst the fresh matter added,i may refer to the chapter on the Jurisprudence of Aphasia, a subject of paramount importance to the medical jurist, and which, as far as I know, has not been treated by any British writer. In the concluding chapter certain collateral subjects, only indirectly connected with the localisation of speech, are considered, such as the Minute Anatomy, the Histology, and the Chemistry of the Brain.