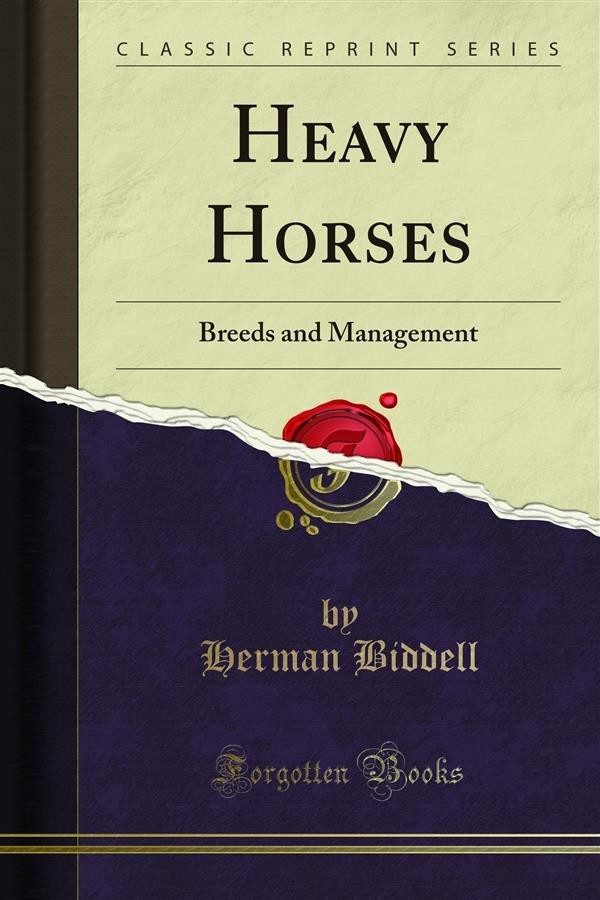 The task of attempting to give a short history of the rise and progress of the Shire horse is by no means an easy one. It is true that a considerable amount of evidence exists to show that in days long before the Christian era the breed of horses in these islands was considered to be, when viewed from a Roman standpoint, unusually large; but it should be remembered that size is always more or less comparative, and as we have no plates or drawings to guide us when speaking of the very early horses, we can only surmise that they were really of very considerable bulk, because their descendants were decidedly large, and bore a very close resemblance to the Shire horse of the present day. It must, however, be recollected that the horse of a certain period is naturally moulded so as to be suitable to the requirements of that time; and the Great Britain of two thousand years ago was, of course, a vastly different country from the Great Britain as we now find it. The nation then was troubled and disturbed, and the majority of the inhabitants may be described as warriors.