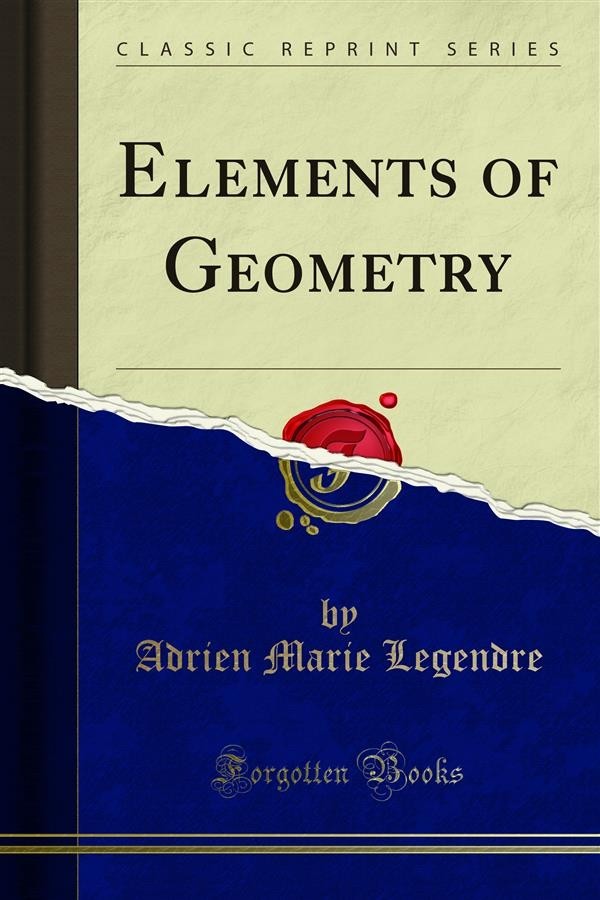 It is necessary to the understanding of this work, that the reader should have a knowledge Of the theory of proportions which is explained in common treatises, either Of arithmetic or algebra; he is supposed also to be acquainted with the first rules of algebra; such as the addition and subtraction Of quantities, and the most simple operations belonging to equations of the first degree. The ancients, who had not a knowledge Of algebra, sup plied the want Of it by reasoning and by the use of proportions, which they managed with great dexterity. As for us, who have this instrument in addition to what they possessed, we should do wrong not to make use Of it, if any new facilities are to be deriv ed from it. I have, accordingly, not hesitated to employ the signs and operations of algebra, when I have thought it neces sary; but I have guarded against involving in difficult Operations what ought by its nature to be simple; and all the use I have made Of algebra, in these elements, consists, as I have already said, in a few very simple rules, which may be understood almost without suspecting that they belong to algebra. Besides, it has appeared to me, that, if the study Of geometry ought to be preceded by certain lessons in algebra, it would be not less advantageous to carry on the study Of these two sciences together, and to intermix them as much as possible. According as we advance in geometry, we find it necessary to combine together a greater number Of relations; and algebra may be Of great service in conducting us to our conclusions by the readiest and most easy method. This work is divided into eight sections, four Of which treat Of plane geometry, and four Of solid geometry.