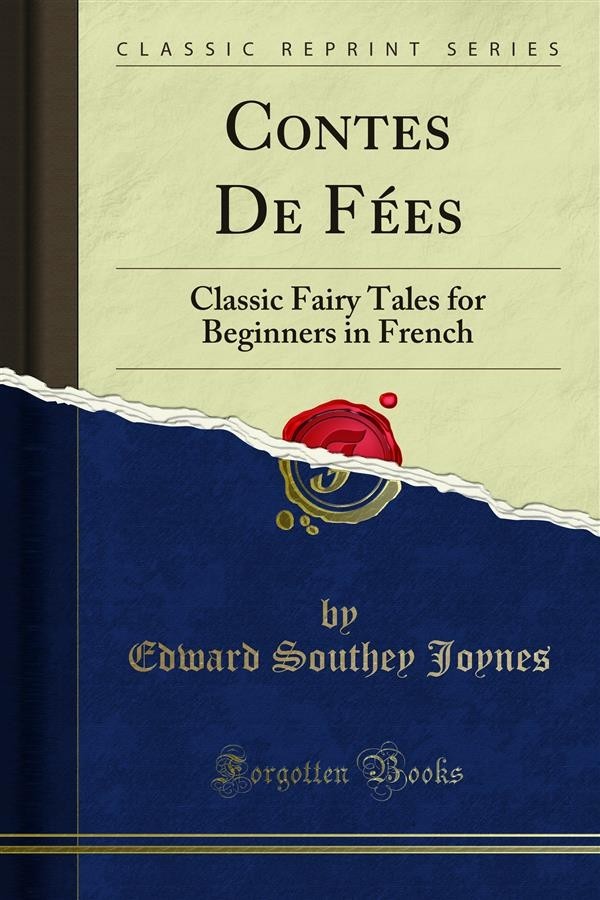 The following Classic Fairy Tales are selected from "Contes de Fées" (Bibliothèque Rose), Paris, Hachette et Cie., a well-known French collection. They are among the favorites of childhood in all nations, and indeed, for young and old alike, they possess an inexhaustible charm. Hence it is hoped that an edition, adapted to young or old children beginning French, will be acceptable as an addition to our store of early reading, and also as an easy and pleasant introduction to sight reading, for more advanced students.<br><br>Although in recent years much has been written on the origin, diffusion, and "science" of Fairy Tales, yet for the purposes of this edition no elaborate introduction is needed. A few brief statements may suffice.<br><br>The first five Tales are by Charles Perrault, who divides with the German Grimm Brothers and the Dane Andersen the honor of the most charming contributions in modern times to the literature of childhood. Born in Paris, 1628, of an eminent and gifted family, Perrault occupied a distinguished position in society and in State. Scholar, academician, artist, critic, friend and counsellor of Colbert, and author of elaborate works in prose and verse, he owes, strangely enough, his abiding fame to a few Tales, - the recreation of his old age, - to which, it seems, he was not even willing to give his name. They were first published under the name of his son, Perrault Darmancour, a little boy of ten years. Whether this was a mere veil, to spare the author's dignity, or what was the nature and extent of the actual collaboration, is doubtful.