Speeches From the Dock, Protests 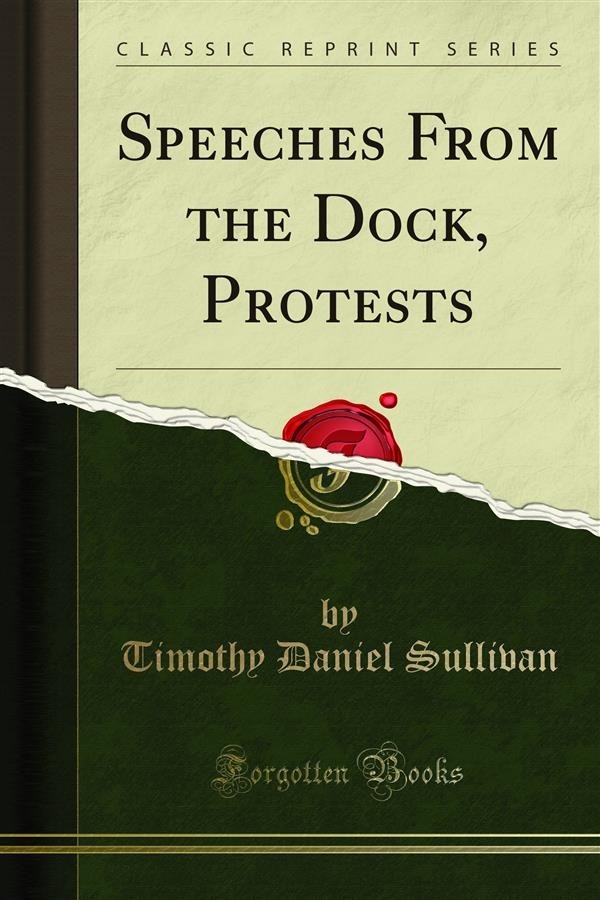 Speeches From the Dock, Protests

Condemned to associate with the vilest of the scoundrels bred by the immorality and godlessness of England — exposed, with out possibility of redress, to the persecutions of brutal, coarse. Minded men, accustomed to deal only with ruffians than whom beasts are less ferocious and unreclaimable — restricted to a course of discipline which blasts the vigor of the body, and under whose inﬂuence reason herself totters upon her throne — the Irish rebel against whom the doom of penal servitude has been pro nounced is condemned to the most hideous and agonizing pun ishments to which men of their class could be exposed. It was with such terrors staring them in the face that the men whose words are recorded in this little work delivered their speeches from the dock. It is surely something for us, their countrymen, to boast of, that neither in their bearing nor in their words was there manifested the slightest trace Of weakness, the faint est exhibition Of any feeling which could Show that their hearts were accessible to the terror which their Situation was' so well calculated to inspire. No cheek grew pale, no eyes lost their light — their tones were unbroken, and their manner undaunted as ever, as these men uttered the words we purpose recording. Their language tells of minds which persecution could not sub due, and for which death itself possessed no sting; and the manner in which it was expressed Showed that, in their case, elevation Of sentiment was allied with unconquerable firmness and resolution. Never were lessons so noble more boldly preached. It is in courts of justice, after all, declares a great English authority, that the lessons of morality are best taught; and in Ireland the truthfulness of the assertion is established. But it is not from the bench or the jury-box that the words have fallen in which the cause of morality and justice has been vindicated; venality, passion, and prejudice have but too Often swayed the decisions of both; and it is to the dock we must turn when we seek for honor, integrity, and patriotism.