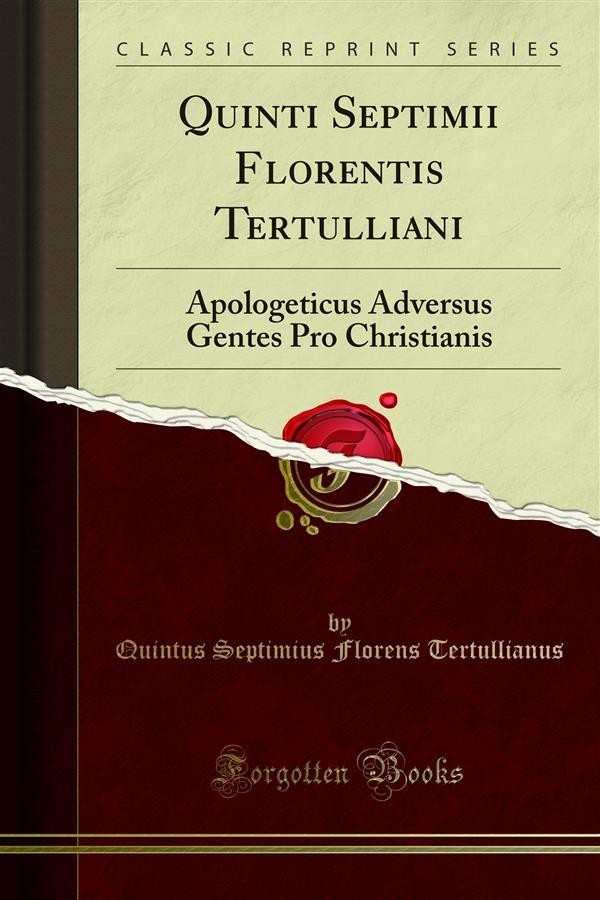 IN preparing this edition of Tertullian's Apology I have endeavoured to meet the wants of young theo logical students and to supply such notes as it seemed likely would prove helpful to them in their study of a text confessedly difficult in style and abounding in refer ences mythological, philosophical, historical, and legal. In respect of style Tertullian is often his own best interpreter, and references will be found in the notes to parallel uses of words and constructions in his other writings which should be carefully compared. For the sake of convenience the composite text printed in Migne's Patrologia Latina, vol. I. (paris, 1844) has been made the basis of the present edition, but all the important variant readings have, I hope, been noticed, while some of them have been preferred to the text. An account of the manuscripts of Tertullian's writings is given in the Introduction to the first volume of Oehler's edition, and some remarks upon the same subject will be found in the Preface to the volume of Tertullian in the Library of the Fathers (oxford.