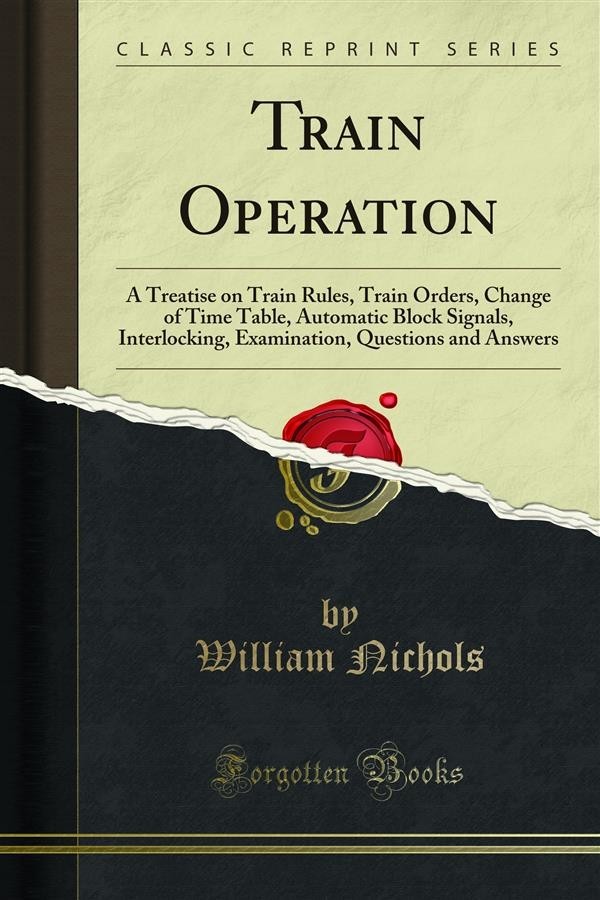 N presenting this work to the public, the author does so in the hope that it will answer some of the questions that have been presented to him during the past, the solu tions of which were wholly obtained from actual experi ence. Fifteen years ago there was probably less literature extant upon the subject of railroad operation than upon any other branch of railroading. Such great advances have been made in train operation during this period that the few publications of that day are in a measure obsolete. This book does not apply to any particular railroad. It is based upon the rulings of the American Railway Association, as late as November, 1915. The text is the author's interpretation and amplification of these rulings and of the Standard Train Rules, Train Orders, Block Signals, and other practice which has been found necessary and advantageous in handling trains under various condi tions. I am' indebted to Professor Stuart Daggett, head of the Department of Railway Economics Of the University of California for many valuable suggestions. I am also indebted to Monroe C. Kidder, Superintendent of the Permanent Disability Rating Department of the California State Industrial Accident Commission, and to W. E. Boland, Chief Signal Engineer of the Southern Pacific Company, for their valuable assistance in the preparation of this work. It should be understood that if there is any difference between the author's interpretation of the rules and that of the Management of the Railroad where the reader is employed, the interpretation and rulings of that Railroad should be strictly adhered to.