Massachusetts Soldiers and Sailors of the Revolutionary War

Massachusetts Office of the Secretary of State 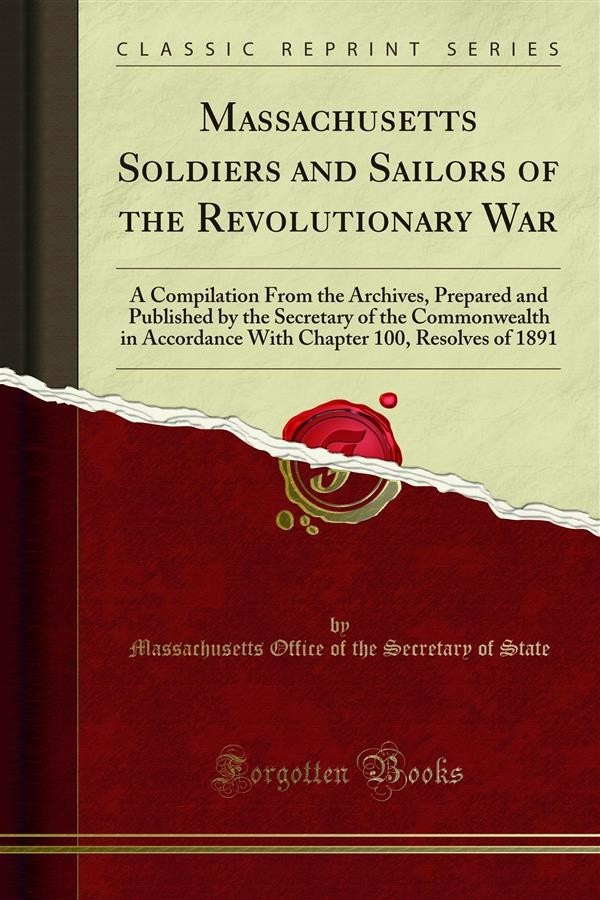 Massachusetts Soldiers and Sailors of the Revolutionary War

Massachusetts Office of the Secretary of State

Norm — All names are given exactly as they appear on the original records. The order of arrangement of the facts of service in each individual record given is the same, as nearly as pos sible, as the original entries, and is as follows The name; the place of residence, if given; the rank; the kind of document whereon the record appears; the enlistment and discharge, if given; the time of service; remarks. A discrepancy will sometimes be noted between the service given and the actual service as figured between the dates of enlistment and discharge. The difference is accounted for by the practice of including, with service performed, a time allowance for travel on the basis of one day for every 20 miles out or home. As the same name may appear under various forms, each carrying some portion of a record of service, it is necessary in order to obtain the complete record, as far as preserved, of any given individual, to examine all the forms under which a name is stated to appear in the Record Index.