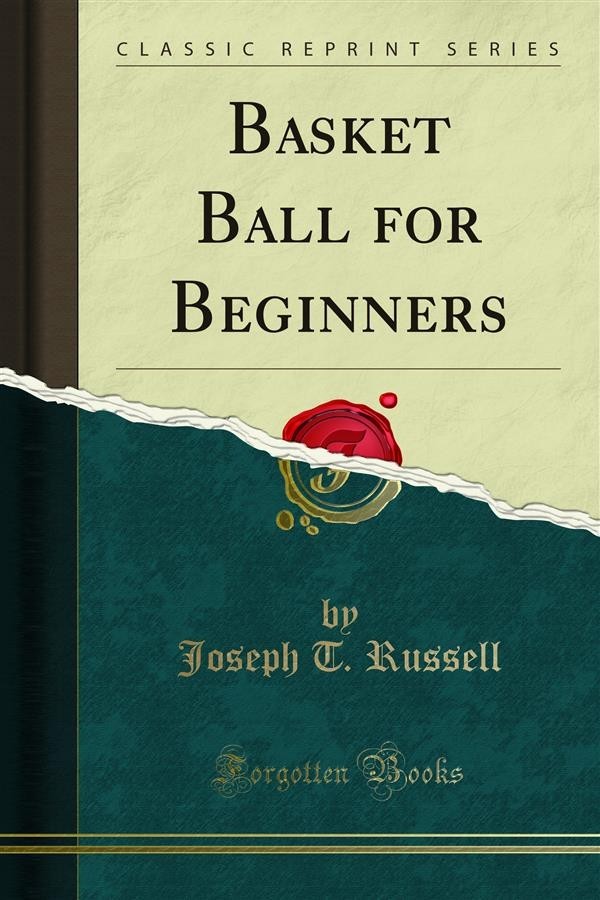 The first impression a beginner has on coming on the basket ball court is the vastness of the court and the height of the baskets. He secures possession of the ball and tries to shoot a basket. With an under handed throw, standing a short distance away, he makes a trial throw. It seems to be a difficult thing to do. If other players are on the floor he proceeds to learn by imita tion. An experienced player can very easily give the beginner the wrong start. He dashes at the ball, picks it up on the go, jumps, and throws for the basket in his own individual style. Sometimes using english or a twist on the ball, and other times he does not. The beginner tries to do the same way. But in his throw, the jump, the speed, and the throw will be too strong and high. Unless corrected it will take him many, many tries, and sometimes days, before he will cage the ball. The men will be traveling a circle, each taking a turn 'at throwing for the basket, the rotary motion, his place in line, and the speed displayed, will cause the beginner to get the wrong methods. Now the proper method to start for the beginner is: To take a standing position in front of and to one side of the basket, with the ball in both hands at the chest, without jumping, push the ball from the chest; hit the back board just above and a little to one side ofthe basket, for his throw. The throw or push is just high enough to clear the basket. Do not put english or a twist on the ball. After a few trials he will soon find the spot on the back board and will cage the ball regularly. The next step is the same shot, with a jump, from the standing position. Use same push or throw until he has accommodated the throw to the jump, which will require less height and speed for°the throw, than from a standing position. Then he is ready to come forward with a dash; receive the ball from a player placed under the basket to pass, jump and throw, using the same method as from a standing position.