How to Speak Japanese Correctly 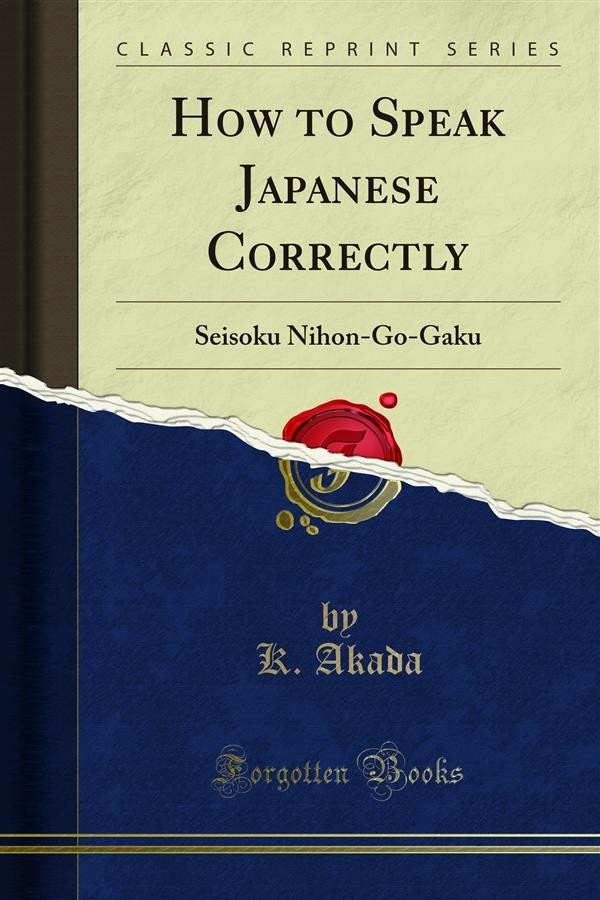 How to Speak Japanese Correctly

The little volume is intended for the use of English speaking foreigners — travellers and residents — ih Japan who may find it to be con venient to have some knowledge of the Japan ese language, and, at the same time, for a help to Japanese students of the English language in suggesting to them how to express the Japanese idea in the proper English form, or how the fundamentally different constructions and the various uses of particles in Japanese can be ex plained in equivalent English expressions. The words, particles, and phrases contained in the book are really useful ones, which we have specially chosen to enable foreigners to make correct use of them. To attempt a thorough and systematic treatment on so ir regular and complicated a language as Japanese, requires great, originality, and would be an ex hausting and wearisome task not only for the writers, but also for the readers. For the pre sent, all that is needed is to explain brieﬂy the grammatical relations and proper uses of particles and words of the current Japanese language with practical examples.