An Etymological Dictionary of the German Language 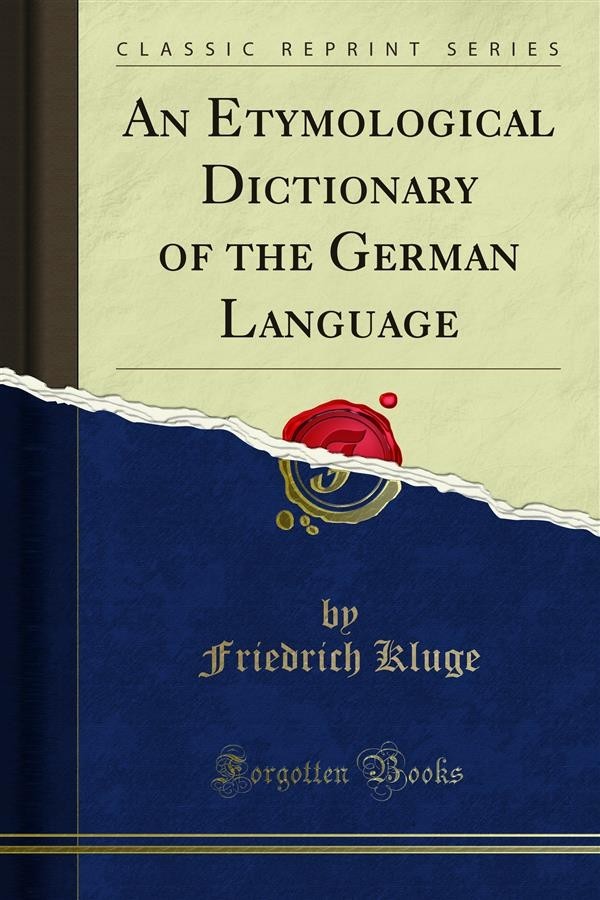 An Etymological Dictionary of the German Language

ON the completion of the present work, it is to me a pleasant duty to express my thanks to all those who have rendered its execution possible, and have helped to give it its new shape. I might have mentioned, under the separate words, those scholars who have discovered any etymological data bearing upon the vocabulary of our mother tongue; the vast extent of etymological literature deterred me, however, from doing so. There is no Teutonic scholar or linguist of any repute who has not by his researches either helped to determine the etymology of some German word or actually settled it. It would have been an extremely toilsome and yet useless task to give the name of the discoverer of the etymology of each word and how frequently have several scholars at the same time deserved credit for clearing up the history of a word. 0. Schade, in his Old German Dictionary, has with untiring industry collected materials from the copious literature for the older period, and has received the thanks of specialists. I could not expect that those who may use my book would wade through the numerous errors and occasional imperfections of scientific investigation in order to form their own opinion on the evolution of particular words. By foregoing such a plan I obtained space, in spite of the limited compass to which this book was confined, to describe pretty fully the actual development of the word itself.