The Life, Adventures, and Piracies of the Famous Captain Singleton 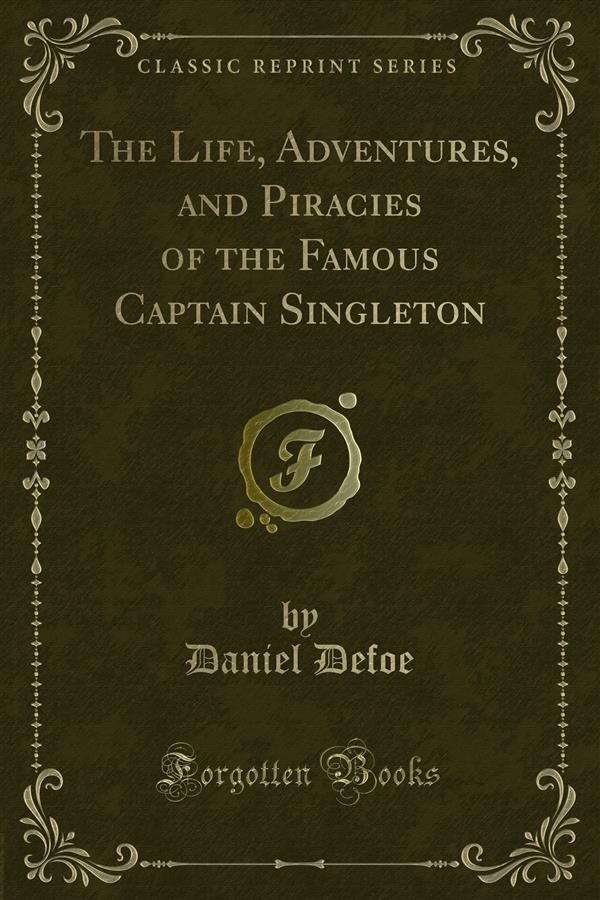 The Life, Adventures, and Piracies of the Famous Captain Singleton

But Captain A very is not the only book from which Defoe borrowed for Captain Singleton; be borrowed, also, some of his Crusoe material. To be sure, this is less recognisable than his A very material. It had to be more worked over; for Robinson Crusoe, which went through four editions in less than four months, was a famous book, and Captain Avery was not. None the less, to Crusoe we are indebted for the circumstantial accounts of the little city which Singleton's com panions built in Madagascar, of their encampment on the Golden River, and of the wrecked Dutch ship, so opportunely discovered, which Robinson himself could not have made more intelligent use of. These re semblances to both Crusoe and Captain Avery make it probable that Defoe did not compose Captain Singleton till after they were written; that is, till the end of 1719 or the beginning of 1720. As Dun can Campbell, which appeared only five weeks before Singleton, was probably composed about the same time, the probability becomes almost a certainty that the Memoirs of'a Cavalier, which appeared two weeks before Singleton, was composed before Robin son Crusoe had shown Defoe the field of literature which was to yield him the richest harvest.